He will appears in custody at Magistrates' Court today 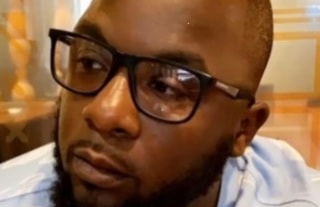 A man has been arrested and charged for the fatal shooting of a Camberwell man in Brixton last week.

At approximately 6:15am on Thursday, 21 October, police were notified that Gary Mayhew, 32, was in hospital with gunshot injuries. Gary passed away later that afternoon. His next of kin have been informed.

Trevin Campbell, 31 of Kingswood Avenue, Thornton Heath was arrested for the murder on Monday, October 25. He appeared in custody at Barkingside Magistrates’ Court yesterday, charged with Gary’s murder.

“Our thoughts remain with Gary’s family at this devastating time,” said Chief Superintendent Colin Wingrove, who is responsible for policing in Lambeth and Southwark.

“I am saddened that we have lost another life to gun violence. I understand the shock and concern this incident has caused among the local community and I want to reassure residents that specialist officers are working tirelessly to determine who is responsible for this.

“Additional officers will be patrolling in and around the local area and I urge anyone with concerns to please approach them and speak to them.”

A post-mortem conducted on Saturday, 23 October found the cause of Gary’s death to have been a gunshot wound to the leg.

Police believe that the shooting took place around Belinda Road, SW9 shortly after 6am.

In addition to Trevin Campbell, a 27-year-old man and a 37-year-old man were arrested after being stopped on Asylum Road, Peckham, on Thursday evening to assist police with their investigation.  After being taken to central London police stations, both men were released on bail to return in late November.

An incident room has opened under Detective Chief Inspector Mark Rogers, who said: “If you were in the area of Belinda Road at around 6am on Thursday, 21 October and you saw or heard anything suspicious then please come forward and speak to us.

“I am also keen to speak to any road users who may have captured events on dash-cam – please check your footage and call us if you think you can help.

Anyone with information is asked to contact the incident room on 020 8345 3715, or via 101 quoting CAD 1151/21Oct. You can also provide information anonymously to the independent charity Crimestoppers on 0800 555 111 or visit crimestoppers_uk.org.