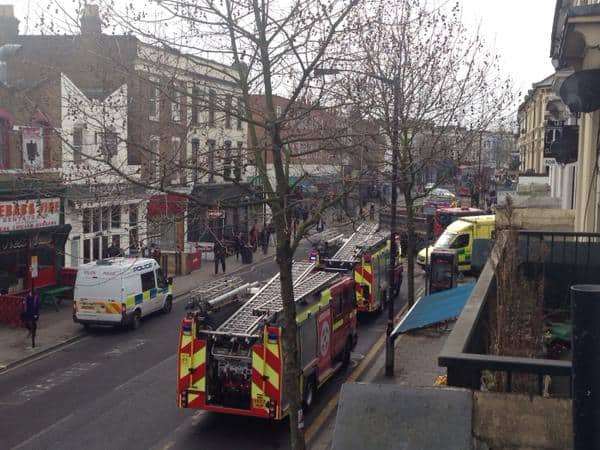 A cyclist was trapped under the wheels of a lorry after a collision in East Dulwich on Monday.

The woman’s foot became stuck after the incident at around 8.50am at Lordship Lane.

She was taken to hospital with minor injuries and no arrests were made, according to a spokesperson for the Metropolitan Police.

Luca Mazzarini witnessed the aftermath of the crash and said on Twitter: “Saw 6 fire fighters under the truck but didn’t want to go closer. Police shut down the street. Hope for the best!”

Old Kent Road after the collision

A separate incident on Monday at the Old Kent Road saw an elderly pedestrian taken to hospital after a collision with a car.

The man, thought to be in his late-60s, was injured in the collision at the junction with Dunton Road at around 11.30am.

He was taken to hospital with minor injuries, according to a police spokesperson.

Roads were closed and buses diverted while police investigated the incident.