Two Rotherhithe men raised the money so the children and their families could have a great Christmas. 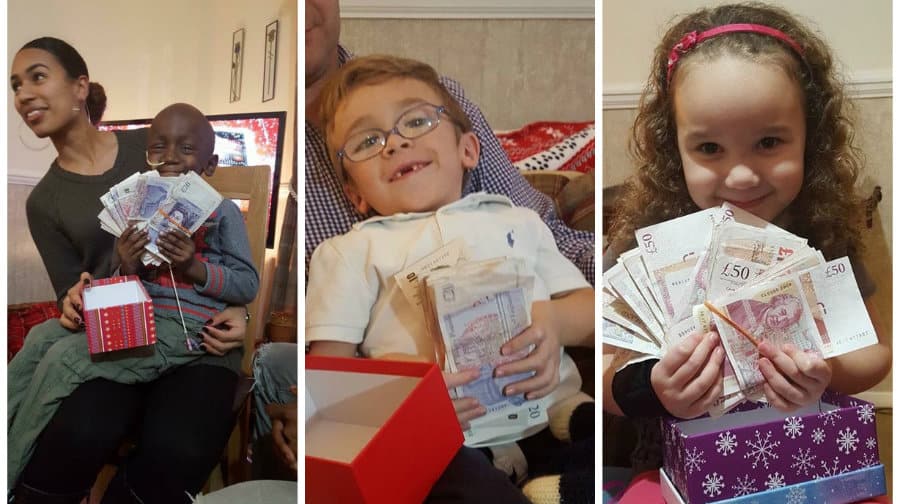 Two kind-hearted Rotherhithe men have been nominated for a Pride of Britain award after raising over £5000 for three brave children and their families to enjoy a “special Christmas.”

Brian Croll and his partner Ronald Phillip, who live in Downtown, were touched by the stories of little Harvey Brown, Cavell Neavin and Cidney Dixon-Fowler, and decided to do all they could to help.

Harvey, six, suffers from the ultra-rare life-debilitating disease Morquio, Cidney Dixon-Fowler, four, has severe mobility and eye issues and Cavell Neavin, four, who has been fighting a brain tumour for the last years.

Brian and Ron spent weeks selling specially-designed mirrors and sun-catchers, while also raffling off a huge number of items which were donated by generous residents and businesses, including Millwall Football Club.

In total, they raised £5125, which was split evenly between the children and their families.

Brian said: “It was brilliant and quite emotional. We didn’t think we would be able to raise more than about £300 each, so we can’t believe how much was given. That will mean they will be able to have a really nice Christmas.”

Harvey has already put some of their money to good use, buying a new addition to the family: a little rabbit, which he has named Ronnie, in tribute to the pair.

The family have also nominated Brian and Ronald, who both suffer from health problems of their own, for a 2016 Pride of Britain award, which rewards people who have bravely or extraordinarily in challenging situations.

Brian said: “I was quite humbled that they did that, but it was all for a good cause and the people who donated money or gifts were so generous. To think that within six weeks of us starting, all this came in. It is a lot of money and we are very grateful.”