£5.5 million donated by one family foundation toward the "once in a lifetime" project 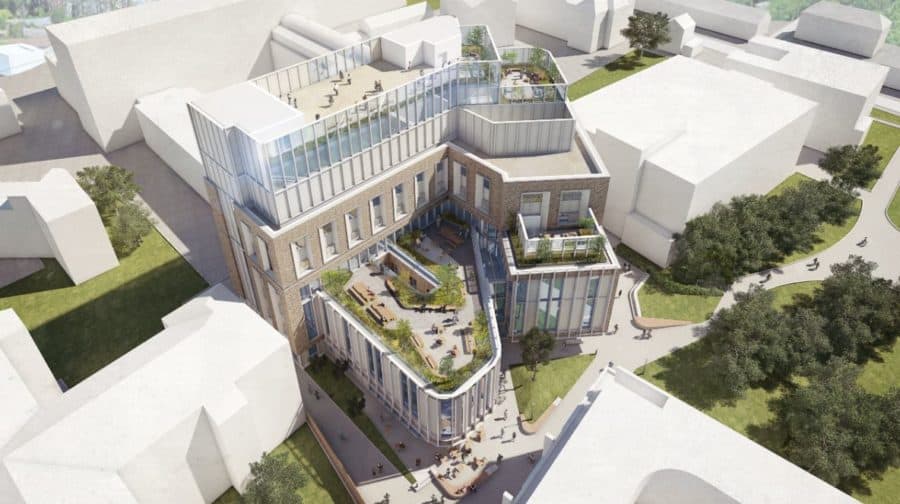 An artist's impression of the new centre

A new £65 million mental health centre for children and young people has been announced by the South London and Maudsley NHS Foundation Trust.

The trust says The Pears Maudsley Centre for Children and Young People will house together leading clinicians from the trust and researchers from King’s to provide specialist treatment.

In a statement sent to the News, the trust explained its ambition for the Pears to “become a national beacon of excellence that will help to transform lives and be the home of world class research” and halve the time it takes to develop new treatments.

It is believed that around half of all adult mental health problems began before the age of fifteen.  Early intervention at the right time can have a huge impact on whether a patient recovers and how they manage their symptoms.

David Bradley, South London and Maudsley NHS Foundation Trust’s chief executive, said: “This is a once in a generation opportunity to transform mental health care and research for children and young people in the UK and beyond.

“We are excited by the possibilities that the new centre can bring in supporting our children and young people and making those breakthroughs in research that will help us to deliver world class care and treatment.

“We are proud that young people have been at the heart of designing the new centre to ensure that we create the best possible environment for them.”

“The centre will provide an ideal home for our team of clinicians and researchers so they can really make an impact on the lives of children and young people into adulthood.

“Our new building is cleverly designed to encourage connections and collaborations which will speed up the time from research to clinical care.”