Former Bermondsey scout on the hunt for old den pals

Were you in the 27th Bermondsey Cub Pack in the early 1960s? 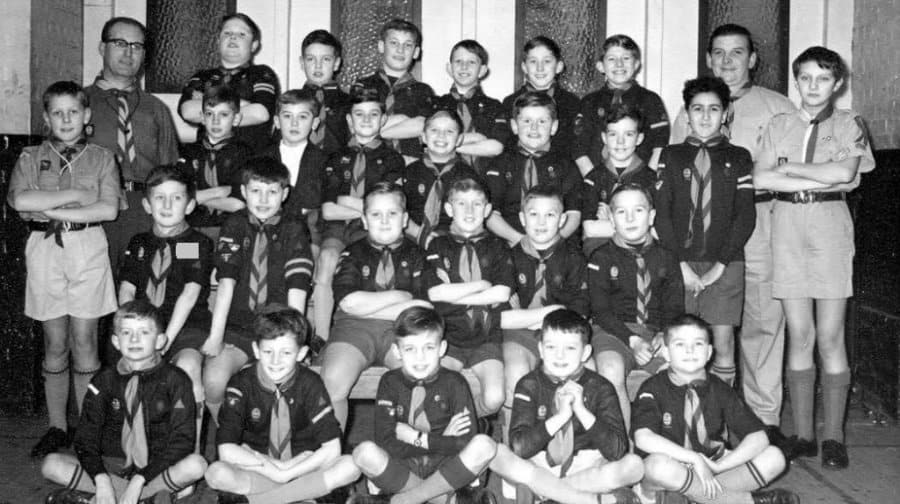 Recognise anyone? Get in touch!

A former Bermondsey cub scout is trying to track down his old den mates – half a century after last putting on a woggle.

Vince Queen, now 63 years old, is appealing to News readers for help in finding the boys he shared a “halcyon time” with in Bermondsey all those decades ago.

He sent in a photograph of his old 27th Bermondsey Cub Pack pals, who used to meet in the crypt at St Augustine’s Church in Lynton Road. The snap was taken sometime between 1960 and 1963.

He said: “It was just fantastic, we used to look forward to it every week. Everyone knew everyone, there were so many kids after the war and Bermondsey was our playground. It’s not like that anymore, you see kids today and it’s not the same.”

Vince was driven to track down the old gang after seeing the photo posted on Facebook, in which he features on the far-left of the second row from the back.

He said: “I saw it and thought ‘I have that photo too!’ So I dug it out and looked at it, but I could only remember the names of three or so people. It made me wonder what everyone had ended up doing, where everyone was.”

Vince has particularly fond members of scout leader Reg Nation, featured in the photo to the left of the group. He said: “He was great, he knew everyone. He would walk around Bermondsey and everyone would stop him. We all used to have camps in his back garden, and stories and crafts. It was a halcyon time. I’d love to know what they’re all up to.”

As for Vince, he has left Bermondsey and now lives in Bexleyheath, where he is the director of Kent-based gas consultancy firm Phoenix Compliancy Management.

Do you recognise any of the boys in this photo? Get in touch by emailing joey@www.newsatden.co.uk or ringing the news desk on 0207 231 5258.