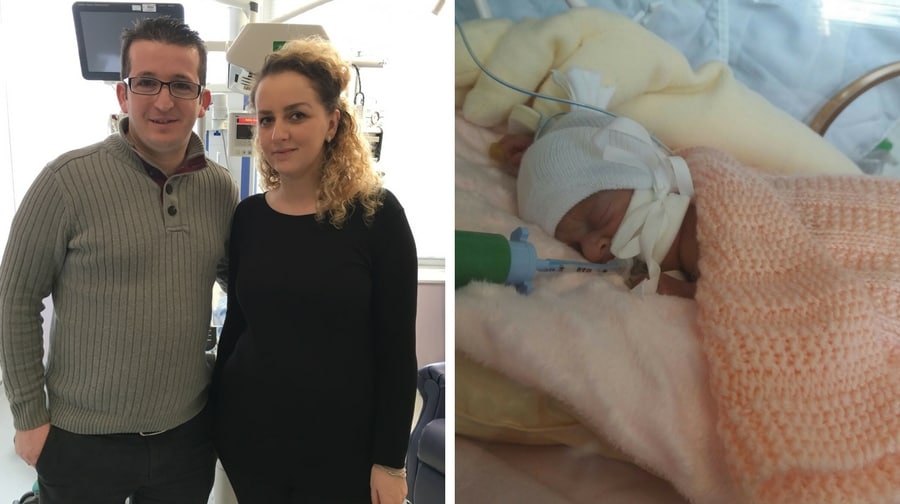 After setting out almost four years ago to fundraise £100,000 for Evelina London Children’s Hospital to buy vital life-saving equipment, the News has just £772 left to go before we reach our target.

Since giving ourselves the ambitious target back in 2013, our own News staff have swum the English Channel, climbed the three highest peaks in the UK in 24 hours, staged a Full Monty show on the Old Kent Road, painted portraits for auction, sung Christmas carols at Tower Bridge, swum the Hellespont strait between Asia and Europe, climbed Mount Kilimanjaro – the highest peak in Africa – cycled from London to Paris in 24 hours and taken part in the toughest footrace on earth, the Marathon des Sables in the Sahara.

Friends, family and members of the community have gone above and beyond to help –  including seven brave readers who performed a Full Monty in front of hundreds of onlookers at a packed club, after training for months. And even the leader of Southwark Council spent a day performing some of his staff’s toughest jobs, from rat catching to bin emptying.

But now, with just a fraction of our target still left to raise, we’re asking you to help us in one final push to hit our target.

The money we raise will go towards buying baby ventilators which cost £52,000 for two and are crucial for very premature babies to survive.

It will also pay for an infant warming system worth £15,000 which is an open cot providing heat for babies that are too sick to maintain their own temperature, and an intensive care cot worth £19,000 which mimics the womb.

£14,000 will also go towards Evelina Hospital School which provides one-to-one bedside tuition for children at the hospital, many of whom are battling life-threatening illnesses.

To see just how important the equipment is to the Evelina and the countless parents and children who pass through the hospital’s doors every day, we met up with the parents of two babies who are currently being cared for in the neonatal unit.

Based in the grounds of St Thomas’ Hospital, the dedicated team at Evelina London take in poorly babies from as far afield as Luton down to Southampton.

Gaby Butler has been visiting her six-week-old daughter at the hospital’s neonatal unit after giving birth to her prematurely at just 27 weeks.

The 31-year-old, who lives in Kent with her husband James and their other two young children, was out for dinner with friends in Leicester Square in late November when she suffered a dizzy spell and abdominal pains.

Gaby was rushed to St Thomas’ and remained there for another three weeks before giving birth to her new daughter by emergency caesarean section in mid-December.

“When I arrived I was 23 weeks and five days,” she said. “I had had a scan just two week earlier and that was fine so there was no indication at all [that her daughter would be born prematurely].

“I think everyone has a little niggle of worry at the back of their mind when they get pregnant but you never plan to have this situation happen.”

Gaby’s daughter has been using one of the Sophie ventilation machines, which the News fundraised for, which helps her to breathe and even detects when she has forgotten to take a breath.

She is currently stable but Gaby said it had been like “a game of snakes and ladders” with her baby taking one step forward, only to take two back.

“She was really, really poorly at first,” said the former primary school teacher. “After sending the placenta away for research they found out it had become infected.

“When she was born, she weighed just two pounds four and struggled to get oxygen inside her for the first couple of days.

“The first couple of weeks were really touch and go while every day another organ had an issue and we slowly, slowly made a few steps forward and then a few steps back.

“She’s got chronic lunch disease and cysts on one of her lungs so we are waiting for her to grow and get bigger and stronger and grow new lung tissue so she has more proportion of healthy lung to the proportion of bad lung and slowly she will be able to breathe for herself and not use support.”

Gaby and her husband James, 32, who works in London, take it in turns to stay at the Ronald McDonald House near the Evelina so that one parent can visit their poorly newborn and the other can care for their two-year-old and four-year-old in Kent.

They expect their daughter will remain at Evelina London until at least her due date in March and possibly even longer.

“I definitely take each day as it comes because there’s no predicting what can happen,” said Gaby.

“She’s having a bit of a stable time at the moment but we don’t dare dream that she will come home, although we always hope.

“It’s lovely to read about success stories but you know that all of those can come out another way.

Gentiana Jaha, 30, and her partner Florim Deliu, 33, have also been visiting their daughter Erina, who was born prematurely at just 23 weeks and six days old.

Mother-of-four Gentiana, who also has three other daughters aged ten, five and three, had to wait a few days before seeing Erina properly after the tiny baby was rushed off to the Evelina while she remained in hospital recovering.

“We visited and spent a few hours with her and she was on the phototherapy machine for her jaun-dice levels,” said Gentiana, who lives in Crystal Palace with her family.

“We didn’t know much about neonatal when we first came here so it was very new to us. It is just amazing what they do in here.

“It was difficult at first because we didn’t know what to expect but now that it’s been six weeks we are much more used to the setting.”

Erina weighed just 500 grams when she was born but has now grown to weigh 800 grams and is getting stronger.

“She is doing well,” said Gentiana. “She has had quite a few issues and had PDA [patent ductus arteriosus] surgery to fix what was like a hole in the heart – but now it’s just her breathing and her lungs.”

Gentiana and Florim, an Uber driver, travel about 40 minutes by car to visit Erina every other day and believe it could be another three months before their daughter can go home.

Dr Grenville Fox, clinical director for children’s medical services and consultant neonatologist at Evelina London, said: “We are delighted that Southwark News has been able to raise such a substantial amount through their fundraising efforts on behalf of Evelina London.

“This work has helped provide the latest in cutting-edge equipment in our neonatal unit, and will con-tinue to help us provide the very best specialist care for premature and sick babies.

“All our hard-working and dedicated staff, and most importantly the parents and guardians of the children we look after, are truly appreciative of Southwark News’ fantastic fundraising efforts.”

What your money buys:

The money we raise will go towards buying baby ventilators which cost £52,000 for two and are crucial for very premature babies to survive.

– An infant warming system worth £15,000 which is an open cot providing heat for babies that are too sick to maintain their own temperature.

– £14,000 will also go towards Evelina Hospital School which provides one-to-one bedside tuition for children at the hospital.

To donate to the Evelina Appeal and help us hit our £100,000 target, please visit www.uk.virginmoneygiving.com/team/Evelina_2013