'The Skydive was the experience of a lifetime' 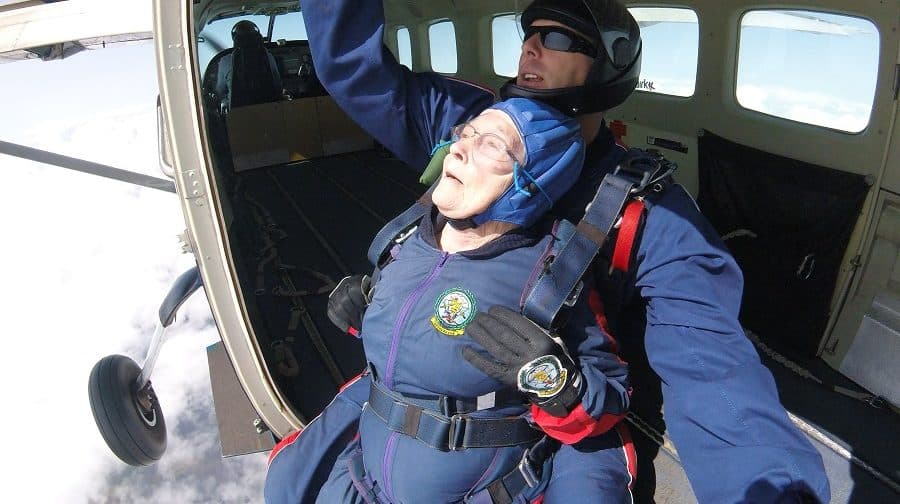 An intrepid 83-year old jumped out of a plane from 13,000 feet on Saturday in what she described as “the experience of a lifetime” to raise money for elderly Irish pensioners.

Nora Higgins, who has lived in Peckham since 1984 and is originally from County Galway, skydived with her friend Ailbhe Mullen to help raise money for the Irish Pensioners’ Project in Southwark.

The charity supports more than 300 elderly Irish people in our borough, many of whom are isolated and living in poverty.

The former Cherry Garden School secretary told the News before the big day: “Our aim is to help our members have comfortable last years of life and for them to be able to stay in their own homes.Every penny is going to the charity.”

The skydive saw the pair jump together at 13,000 feet and hurtle towards the ground at speeds up to 120 miles per hour at Netheravon Airfield near Salisbury on Saturday, August 25.

Nora had planned to jump solo but after meeting Ailbhe at the Irish Embassy in London and after hearing a skydive was on Ailbhe’s ‘bucket list’, they decided to join forces and fundraise together, with Nora saying her age was not going to stop her: “It’s now or never”.

After safely coming back down to earth, Nora said: “I have to say that the Skydive was the experience of a lifetime.

“I really enjoyed it and with perfect weather conditions our descent was amazing.

“My instructor allowed me to control the parachute for a time, turning to take in views which included the Isle of Wight.   Having Ailbhe do it with me really made my day – of course they all thought I was her mother come to watch her.

“I think I may be the oldest to do it at Netheravon.

“Having done the Skydive I would say there is nothing more to do!”

You can sponsor them online here.