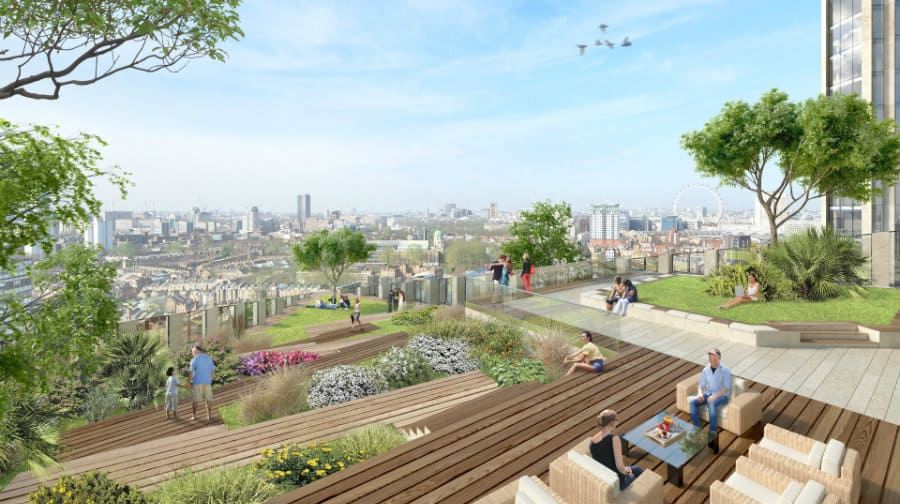 Plans for the Skipton House development between London Road and Newington Causeway were submitted by London and Regional Properties, and Ministry of Sound nightclub is also worried it will prove a nuisance.

The 35% Campaign, a group pressuring housing associations and Southwark Council to honour promises to supply housing at £100-per-week “social” rates that local people can afford, have spoken out. Jerry Flynn of the campaign said the developer’s application still does not indicate how many of the 421 flats would be “affordable” and how many would be flogged at market rate.

Southwark Council’s current housing policy states that thirty-five-per-cent of any new development should earmarked as “affordable housing”, and fifty-per-cent of that quota should also be reserved as “social housing”.

Jerry also pointed out the developer’s planning statement says the 461 units will be inhabited by only 675 people – “an average of 1.46 persons per unit” he said.

He also points out that the application states there will be 421 units in the development, a detail that was missing from the company’s public consultations.

A spokesperson for London & Regional said: “This will be an iconic development, providing new cultural space and importantly new jobs and homes.

“These proposals are an essential part of the regeneration of Elephant and Castle which has been led by Southwark Council over the last ten years. It completes the north side of the new Elephant Square, a Mayoral project to turn the infamous roundabout into a public space.

“Our plans will include affordable housing and the amount will be decided as part of the planning process through discussion with Southwark Council.

“We are aware of the objection raised by Ministry of Sound and we are in continuous discussion with them to resolve this issue.”

Meanwhile lawyers for Ministry of Sound have written to the council asking for the application to be put on hold until the developers make a full assessment of the scheme’s resilience to noise.

The nightclub’s owners fear an increase in people living nearby could lead to noise complaints. The issue saw the club win a deal with Southwark Council last year for developers to provide the club with money for sound proofing, before the Eileen House development was given approval.