There were no injuries reported after the bizarre incident at Peckham High Street. 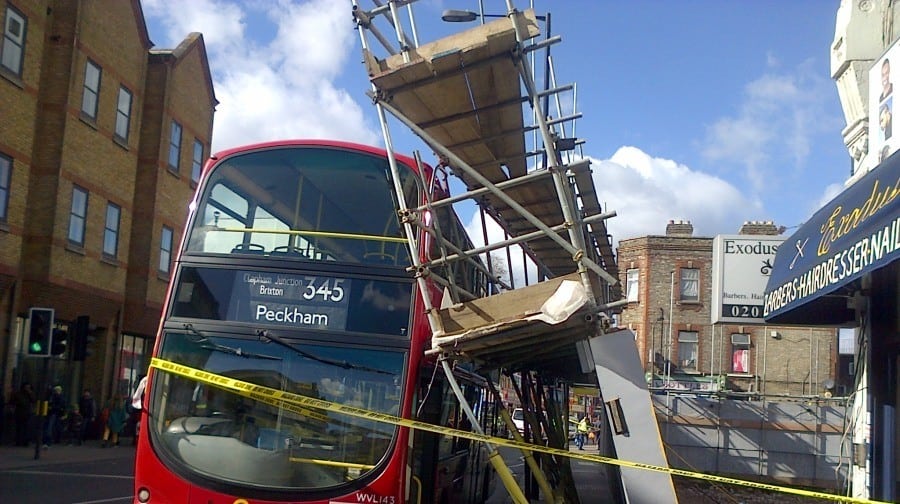 Peckham commuters escaped injury on Monday morning when unstable scaffolding collapsed onto the side of the No.345 bus.

The incident occurred at around 11.15am, and the section of the road by the junction of Peckham High Street and Basing Court was cordoned off.