Rotherhithe's already-chaotic traffic is worse than ever as a result. 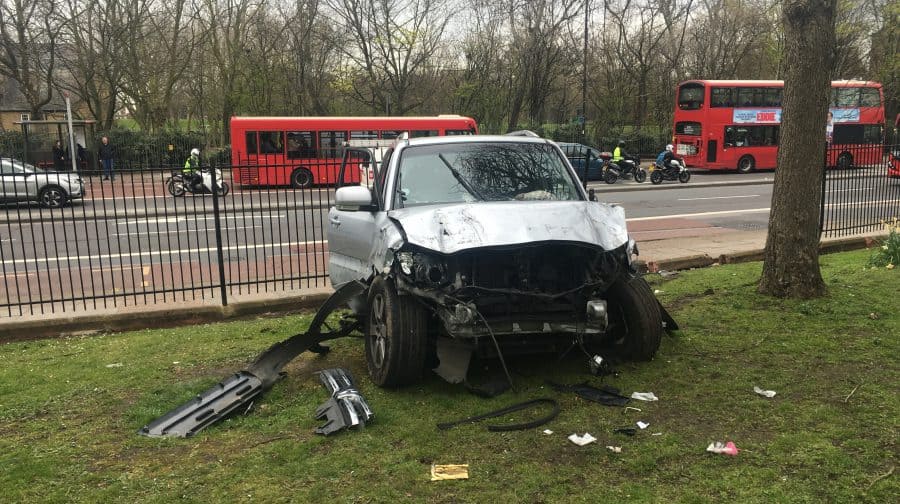 A car smashed into Southwark Park this afternoon after colliding with three other cars and a lamp post, writes Barney Davis.

The Mitsubishi Shogun was involved in the chaotic crash at around 3.20pm, finally coming to a halt when it careened through the metal railings of Southwark Park, coming to a halt on the grass.

A driver was treated by paramedics at the scene but there were no serious injuries reported.

A Scotland Yard spokesman said: “We were called at 3.20pm to a road traffic collision on the approach of Rotherhithe Tunnel.

“A total of four cars were involved but thankfully there were no serious injuries.

“One car was stopped but they were not travelling at high speed.”

TfL reported that Eastbound traffic is backed up to Abbey Street after the busy entrance to Rotherhithe Tunnel was reopened.

it was about 3pm