'When my brother arrived at our mother’s he found her lethargic, withdrawn, not at all co-operative and she could barely speak' 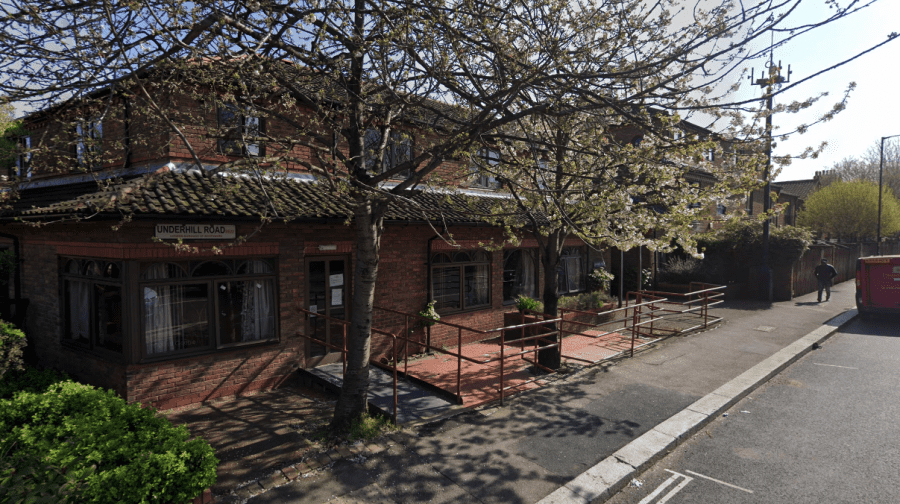 An elderly woman who cannot wash or feed herself was left without care for more than 24 hours in her East Dulwich sheltered housing flat after being discharged from hospital with Coronavirus.

Ninety-one-year-old Rosaleen Booker’s family say she spent a whole day without basic care and medication after being discharged from hospital in early April during the peak of the pandemic.

Rosaleen was first taken to hospital on Sunday, April 5 from her flat in Lew Evans House, sheltered housing with round-the-clock staff on site in Underhill Road.

She was suffering with dehydration and a suspected urine infection. After staying two nights she was discharged on Tuesday, April 7 despite testing positive for COVID-19, as her symptoms were deemed to be mild.

Her daughter, Joy O’Connor, told the News she was unable to find out how her mother – who is completely immobile and doubly incontinent – was responding to being moved from hospital and what care had been put in place.

“We as a family were becoming increasingly worried as time went on,” she said.

“On Thursday I telephoned my mother’s flat in the hope a carer would answer.

“A member of the rapid response team answered and said she had been sent to care, but was supposed to be with a member of the London Care team who had failed to provide anyone.

“As a result rapid response had to withdraw the care and my mother was essentially left to die as no-one would enter her flat.

“She was left for more than a day with no food, water or medication.”

Joy says she was informed that staff at Lew Evans were unable to enter her mother’s room as she was still infectious.  She was also told London Care was struggling with staff shortages.

She claims her mother was given some lunch around 1pm on Thursday, April 9,  but from then until Friday evening had no food or basic care.

On two separate occasions paramedics were called back to the home, but refused to readmit her as she wasn’t unwell enough.

On Friday, April 10, Joy’s brother drove from Margate to their mum’s flat to self-isolate and provide basic care – putting his own health at risk.

“When my brother arrived at our mother’s he found her lethargic, withdrawn, not at all co-operative and she could barely speak,” Joy said.

“She needed water and was hungry and desperately needed changing as she is doubly incontinent. It upset him very much.”

After a few days Rosaleen was feeling much better and up to chatting to family via FaceTime again.

Joy says the care team were back completing essential visits from the following Tuesday – a week after she first left hospital.

In a statement sent to the News, a senior spokesperson for London Care said: “London Care is aware of difficulties that arose in early April following the discharge from hospital of a tenant at Lew Evans House.

“This was a time of considerable challenges in the care sector and we have been working with our partners at Southwark Council to understand what happened in this instance.

“For the avoidance of doubt, there have been no similar incidents at Lew Evans House and arrangements are now in place to allow for the safe discharge of tenants into the scheme, irrespective of whether they have had a diagnosis of Covid-19.

“We do of course deeply regret any distress suffered by the tenant or her family.”

As the News has reported, COVID-19 has posed huge challenges for a sector struggling with lack of funding and huge demand on its services.

In March, hospitals were also told to discharge elderly patients back into the community to free up beds for COVID-19 patients in acute wards.

But many homes and providers have reported PPE and staff shortages and a lack of testing leaving both residents and staff extremely vulnerable.

According to NHS England data, 25,060 patients were moved from hospitals to care homes between 17 March and 16 April – before routine testing was in place.

The latest figures available show around 30 per cent of all COVID-19 deaths  in the country so far have been care home residents.

Southwark Council’s Jasmine Ali, the cabinet member responsible for adult social care, told the News: “We are aware of this concerning case, which must have been terribly distressing for Mrs Booker and her family.

“This happened during the early days of the pandemic, with the NHS and care providers navigating new ways of working and trying to care safely for people, during a climate of fear and confusion.

“We have investigated what happened, highlighted the issues and lessons, and we are working with the family, the NHS and the domiciliary care provider to resolve them for the future.

“Mrs Booker is being cared for, and there are important lessons to learn in how the NHS and care providers work together to support vulnerable people discharged from hospital during a pandemic.”