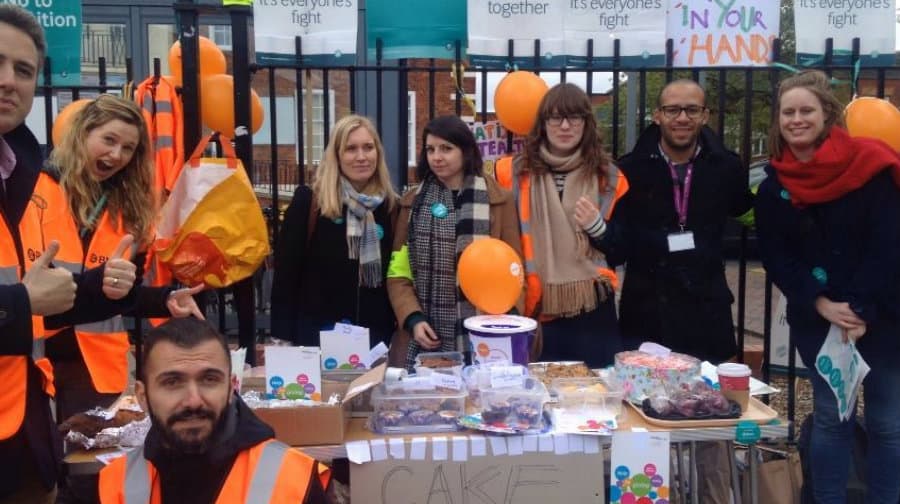 Junior doctors in King’s College, Maudsley, and Guys’ and St Thomas’ hospitals have taken part in the first ever ‘all-out’ strikes held in the NHS’s history.

This latest 48-hour bout of industrial action – the third set of strikes by England’s junior doctors since March – also saw them walk out of A&E departments.

A&E departments at King’s and Guys’ and St Thomas’ hospitals were left to the care of consultants and nurses only, between 8am and 5pm on Tuesday and Wednesday.

The News has obtained figures from the two hospitals’ trusts showing 20 consultants were drafted in to cover junior doctors on each day at King’s A&E and Princess Royal University Hospital, while the A&E at St Thomas’ Hospital was covered by thirteen consultants.

Meanwhile there were 119 junior doctors from across the whole of Guy’s and St Thomas’ NHS Foundation Trust who took part in the April 6 and 8 strike.

The strikes also meant hundreds of hospital appointments and operations needed to be rescheduled.

At Guys’ and St Thomas’ hospital, 126 operations have been postponed, equalling 37 per cent of their usual daily activity. Some 1,188 outpatient appointments have also been delayed – roughly fourteen per cent of how many usually happen each day.

A spokesman for Guy’s and St Thomas’ NHS Foundation Trust said: “Senior managers and clinicians in the trust have worked closely with trade union representatives to ensure the quality and safety of care that we provide to patients is not compromised when junior doctors take part in the planned BMA industrial action.”

Consultants and other senior doctors employed by King’s will cover the work of the junior doctors so patients will receive the care they need,” the spokeswoman said.

Ninety-eight per cent of junior doctors in England out of 37,000 voted in favour of the strikes, organised by the British Medical Association.

William Marsh, a trainee clinical psychiatrist at Maudsley Hospital who has spoken publicly about the need for the strikes, told the News most junior doctors were doing so with a “heavy heart”.

“The new contracts the government wants to impose would see us do less hours but over more days,” Will said.

“If you see the gaps in hospitals’ rotas today, there’s no way we will be able to reach the target hours the government wants to set. And there will be no safeguards to stop trusts making their doctors work unsafe hours, leading to burn out.

“Spreading us more thinly over seven days will also mean less continuity of care, so patients will be more likely to have different doctors looking after them on different days. Continuity is a priority that our patients most care about.”