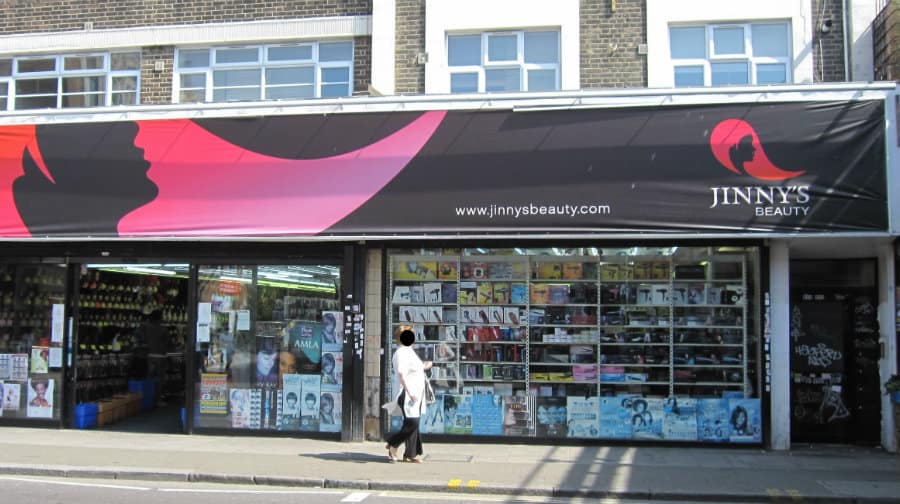 Throughout 2015, Trading Standards officers made undercover ‘test’ purchases of dodgy cosmetics such as Caro White Lightening Beauty Cream being sold ‘under the counter’.

Analysis showed the products contained hydroquinone, an ingredient banned since 2001 under EU law for its danger to health.

The haul of skin-lightening products taken from beauty shop raids

Trading Standards launched raids on the three shops with the police. They found stashes of illegal products containing mercury, corticosteroids and hydroquinone.

The known side-effects of Hydroquinone include nerve and liver damage and the increased risk of skin cancer, while corticosteroids have a record of inflicting eczema, skin infection, sores and boils.

The shops’ directors were all fined thousands of pounds after pleading guilty at Camberwell Magistrates’ Court on April 15.

Fasil Mushtaq, 22, of Fas Hair & Cosmetics was made to pay a fine of £7,750 and costs of £11,393. Some 1,200 products were seized from his premises, including a small quantity of prohibited Naphthalene mothballs and counterfeit ‘Tangle Teezer’ hairbrushes.

Sohail Sindho, 37, and Shakeel Ahmed, 25, of Peckham Hair & Cosmetics will pay £7,200 in fines and costs of £8,000. Police uncovered a product called ‘Grace Duo’ contained eighteen per cent hydroquinone – believed to be the highest amount ever found in one sample.