MAYORAL ELECTION: candidates for UKIP and the One Love party layout their plans for London

Peter Whittle and Ankit Love field questions from the News 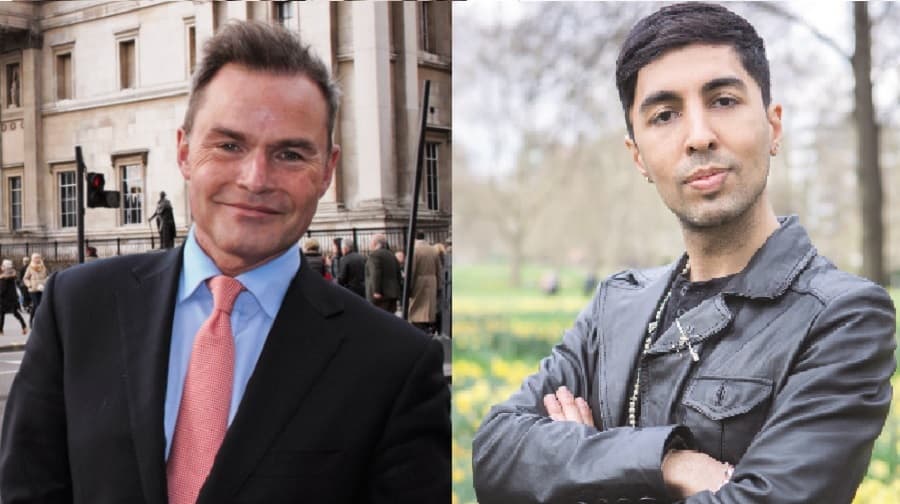 As well as voting for London Assembly members on Thursday, voters will also choose the next Mayor of London, writes Owen Sheppard and Alex Yeates…

Voters will be given a pink ballot paper on May 5 with the option of selected two of their preferred candidates.

Social housing should be prioritised for people who have lived in an area for more than five years.

To find space to build new homes I recommend setting up a London-wide register of brown field sites. There are huge amounts of areas we can use, and we should incentive developers to build on them.

A key part of UKIP’s message is the increase in demand from immigration outstripping supply, which is greatly down to our membership with the European Union. Our party is not anti-immigration, but we need to control it to stop this growth in demand.

We support the use of stop-and-search because it does work and it saves lives. But it needs to be intelligence-led, it can’t be indiscriminate and arbitrary. It needs local policing with officers being kept in the same areas, not moved around. We also need commissioning powers to be devolved to borough commanders with local knowledge.

Something people will find hard to believe is that one in ten cars on the road are private hire vehicles. This colossal increase is leading to the possible extinction of the black cab trade, as well as adding to congestion. We would freeze all new licensing of private hire vehicles and or double their congestion charges.

On the Bakerloo Line:

Having grown up in south London I can tell you what it’s like to have hardly known what it was like to use the Tube. It would be great if it could go to the Old Kent Road and New Cross.

On saving our high streets: A scheme like 30-minute free parking through the week and free at the weekend for longer periods would incentive people to come back to their shopping centres.

Ankit Love is a musician, filmmaker and leader of the One Love Party who is entering politics to fight for the causes he feels strongly about. He wants art, culture and science to flourish and to cut down on pollution.

I want to build a million homes using designer social housing which is essentially flat-pack skyscrapers. If China can build a 30-storey building in fifteen days then so can we.

I would get loans from the banks and build them all as social housing through a London Authority building company.

On the Elephant roundabout:

I don’t know about this case specifically but I do know that traffic and congestion is a big problem in London.

I want London to be the first major city in the world to have driverless cars on an everyday basis.

If I’m Mayor I will build six new bridges in east London beyond Tower Bridge to help the cause of Southwark and the connectivity of the area in general. Tackling air pollution is also really important to me. This crisis is taking the lives of thousands of people and costing the European economy £1tn a year.

To solve this I will adopt electric and hydrogen powered buses.

I would introduce connection to the internet through a thing called Li-Fi where an internet connection is transmitted on the light spectrum via LED light bulbs 100 times faster than WiFi.

I’d also legalise cannabis to cut crime through controlling it. Otherwise the trade just funds it.

Southwark NewsNewsMAYORAL ELECTION: candidates for UKIP and the One Love party layout their plans for London