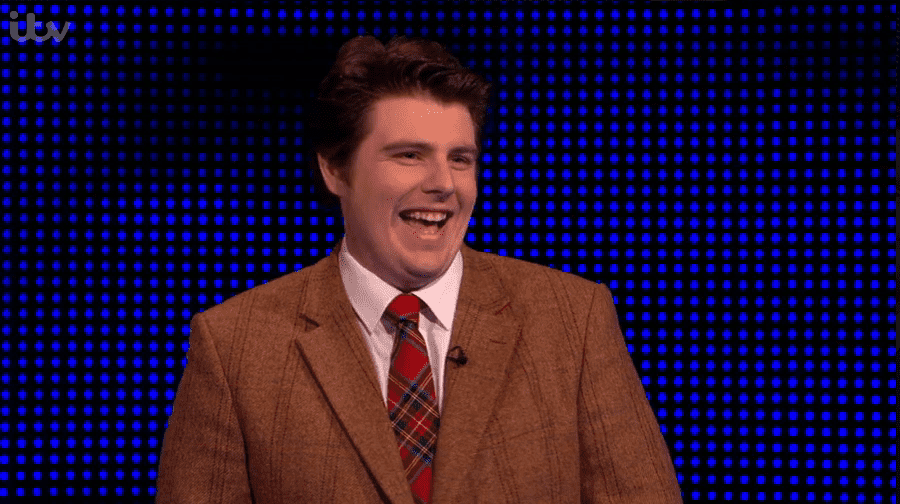 A ‘POSH’ Millwall supporter from Bermondsey became an internet sensation last week after he mentioned the club on ITV gameshow The Chase, writes Alex Yeates…

Joe Hames, donning a tweed jacket and tie, surprised viewers on the  daytime quiz show on Wednesday, May 11, when he said he supported Millwall FC.

He said: “I’m really into theatre and I like to go see football.” When asked who he goes to see, Joe replied: “Well I live in Bermondsey so I follow Millwall. I’m a typical Millwall fan of course.”

Joe went head to head with chaser Mark ‘The Beast’ Labbett in his first go, securing £6,000.

Amused fans then took to social media and made an attempt to find him while Joe and fellow contestant Tom stormed to the final chase with £12,000, but were caught with nine seconds left and lost it all.

The Association of Millwall Supporters tweeted: “Does anyone sit next to #PoshJoe? Let’s find Posh Joe.”

Another fan said: “If we get to Wembley can I get a lift in the limo? Pick me up at the Elephant and Castle.”

The News managed to track down Joe and talk about his fifteen minutes of fame.

“What was really nice was that people saw Millwall as different to what the club is normally perceived as.

“A lot of people were saying ‘Joe is the poshest fan we’ve ever seen’ but the support base is quite broad now. It is a great community club and a great family club.

“I live in this community and that is why I like the club. The idea that it is just for skinheads and racists is out of date. I watched the episode in the pub with some work mates and found all the responses hilarious.”

The son of a carpenter and an NHS nurse, Joe moved to the borough fourteen months ago.

Joe’s fans will have to wait before they see him again though, as unfortunately he will not be at The Den on Friday.