A Christmas Gift Full Of Stars

Smee and his pirates are a dance crew; Dick Whittington is an Uber driver who loves to bunny; plus, Prince-not-so-Charming is on the pull in a dating game show hosted by the Genie of the Lamp 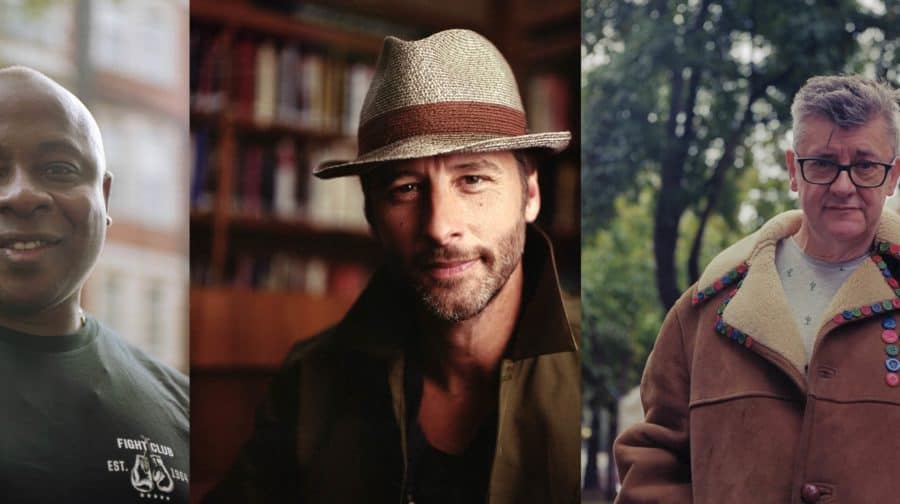 For most people 2020 has been an awful year. Covid has kept loved ones apart, caused mass unemployment, and might have signed the death warrant for pubs and restaurants, writes Michael Holland…

For Bermondsey born playwright and actor Michael Head things have been no different. ‘My industry has been brought to its knees,’ he exclaims when we met just before Tier 3 kicked in.

‘I had four shows cancelled, my feature film was postponed and most people I know are in the same boat. The final straw was having my panto called off; this was when I really worried.’

But this was when Head’s working-class, South London, never-say-die spirit kicked in. ‘I knew I had to do something, create an opportunity, try and bring some festive cheer’, he cries aloud as everyone in the pub turned to see what was occurring. 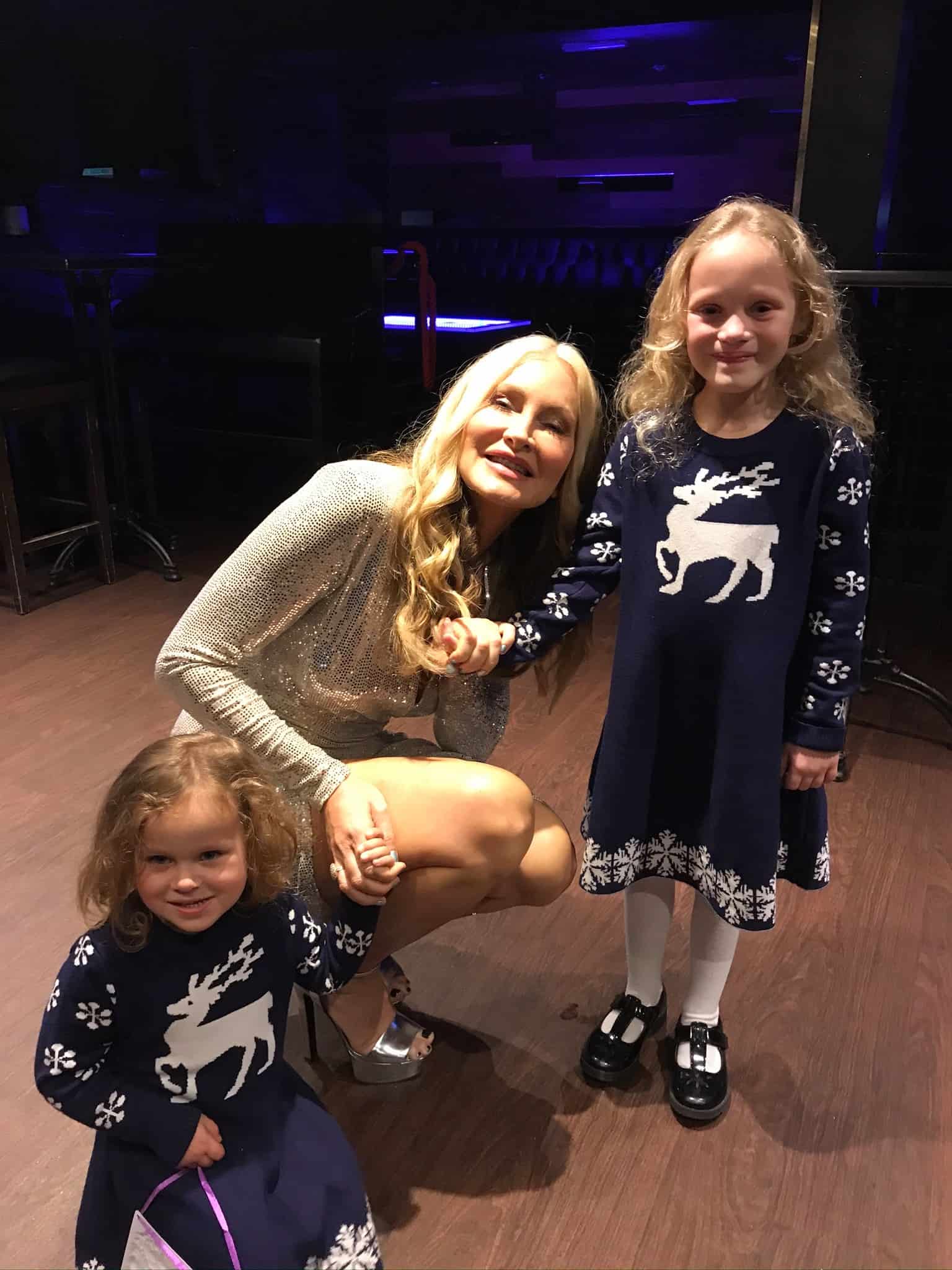 Caprice with the young Head girls

What Michael came up with was The Gift, a musical comedy written in a week and filmed in just 12 days under harsh Covid conditions, that is also raising money for the NHS.
‘It seemed like an impossible task,’ he begins with a smile now on his face.
‘A task only made possible by the quality of the cast and team… Working with true professionals such as Joe Pasquale, Vas Blackwood, Vanessa Feltz, Caprice and Chesney Hawkes made everything run smoothly.’
He caught the eye of the barman and ordered two more drinks and a couple of substantial Scotch Eggs before finishing off the story.
‘And along with the help of producer Jason Samuels and multi-award-winning director Adam Morley, what should have been a daunting task become a real pleasure. The whole 12 days was a great experience and to see everyone having such a laugh working on something I wrote was a real pleasure.’
But it must still have been difficult? ‘Yes, of course… Despite the amazing cast, the team was still up against it. We had such a small budget and didn’t have the luxury of rehearsals, so it was basically, turn up, film and move on. Only the quality of all involved made it happen.’
So, how did it work?
‘I would speak to the choreographer (Mitchell Harper) on Monday and the next day he would have a great number ready to film… I would give the outline of a song on Tuesday and on Wednesday they were in the recording studio making it sound blinding. So it is full credit to the cast and crew’s talent that we pulled it off. It was fantastic to work with them. And to have these people on set acting alongside my daughters – who are two of the main characters – was unbelievable. The set had a real family feel.’
And how has it been since you finished?
He took a bite of egg and a good glug of ale before starting up again: ‘We have sold the album to a publishing company and the film was set for an Odeon release and West End premier, so people do believe in what we have done, and although the premier and cinema release is now not possible due to Covid, the film is available through
Amazon and on Amazon Prime where it has been watched by thousands already. The feedback has been amazing, with a number of 5-star reviews, so we are very proud of what we have achieved and that it has brought so much joy to the Christmas period already.’
Mister Head was on a roll. ‘It is also due to go out at Great Ormond Street and Homerton Hospital, which is great because as well as raising money for the NHS we also wanted to give it to patients for free, so to have those two hospitals pick the film up means the world to us and for me, that is what Christmas should be about.’ 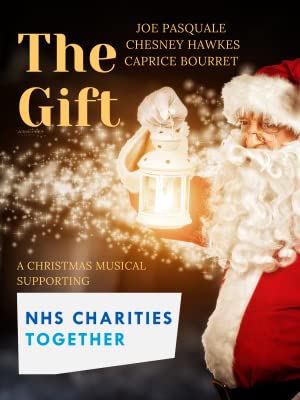 So what is The Gift about?
‘We wanted to bring a traditional pantomime but with a modern-ish feel. The story follows my daughters as they fall into the world of books, and each scene is a different page of the book, so they meet a mash-up of traditional panto characters. I wanted to keep it traditional but mess about with the story, so Smee and his pirates are a dance crew; Dick Whittington is an Uber driver who loves to bunny; Captain Hook and The Beast play cards but Hook is a compulsive cheat. Plus, Prince-not-so-Charming is on the pull in a dating game show hosted by the Genie of the Lamp.’
I tried to process all that information. ‘You get the idea, don’tcha? I nodded. ‘We are not trying to change the world, we just want to bring families together over Christmas and make people of all ages smile and laugh and hopefully get a few singing along to the songs as well.
‘After all, that is what Panto and Christmas is all about, innit?’ I nodded again.
‘And after 2020 I think we could all do with a bit of a giggle.’ I kept nodding.
‘So with many pantos cancelled, and some people not wanting to venture out, we hope they will not miss out but instead stay indoors and watch The Gift!’
On Amazon for £9.99 (£1 of every sale goes to the NHS). Or free to view on Amazon Prime.
https://www.amazon.co.uk/Gift-Joe-Pasquale/dp/B08QFNXQBQ/ref=sr_1_9?dchild=1&keywords=the%20gift&qid=1607859602&s=instant-video&sr=1-9&fbclid=IwAR2UOo_GrN9bHJlSX7nuf39BzvnPUTazKjfMGdAe6UX82OtkxzhL5Ngzt0Ec