‘A Dickensian crisis’: rubbish piles up in Elephant & Castle block 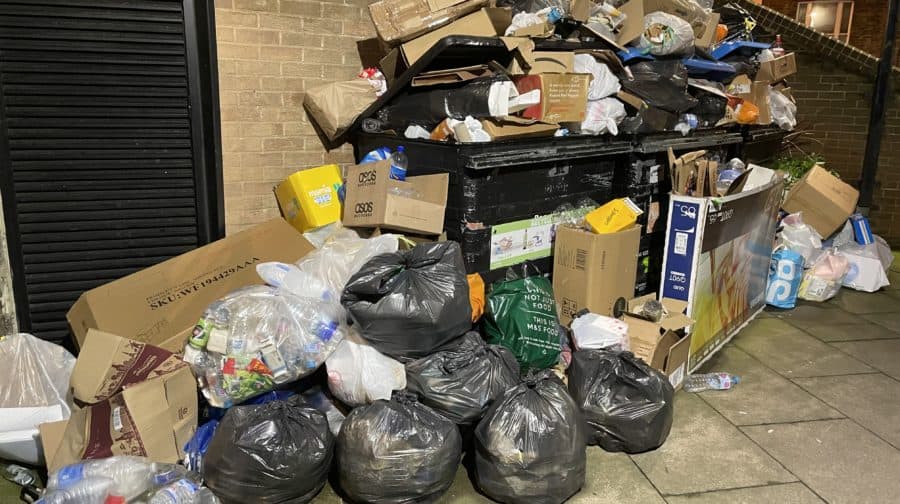 Residents of an Elephant & Castle block have hit out at Southwark Council for a rubbish disposal arrangement that has left them in “a Dickensian crisis for the 21st century”.

Perronet House, on the north-western side of the Elephant & Castle roundabout, has a bin room that residents can put their rubbish into via a chute. The bin room itself is locked and only bin collectors can get in, which a council officer said was for safety reasons.

But some people’s rubbish doesn’t fit in the chute, which was built in the 1970s. And with no other access to the bin room, some residents have started putting their waste in the bulk waste space, opened in 2013 and originally meant for larger items that needed to be collected separately. 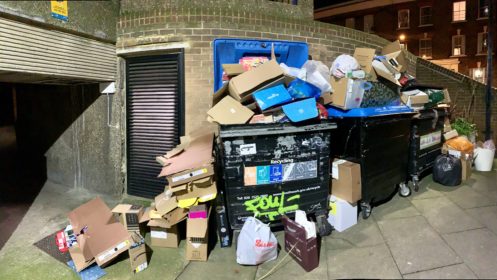 This has led to an overflow of rubbish, residents say, that has attracted foxes and other pests, as well as causing a general health hazard for the people living in the block. With more rubbish around in general, incidents of fly tipping have also increased. These problems have got much worse since the past year’s lockdown, according to residents, as people have stayed at home more and produced more rubbish in the block.

As one resident described the issue to the council, “School children trip over open bags of waste as they step out of their back door. Piles of Amazon cardboard stack up ten feet high against our wooden back door, inviting a fire in the lift shaft. Foxes defecate in the street after tearing bags of rubbish apart and gorging themselves on rotting food.” 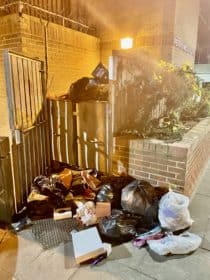 Some Perronet House residents say that they want the bin system returned to its previous state, when residents each had a key to the bin room so they could take rubbish in themselves, rather than having to drop bags down a chute where they may not fit.

A Southwark Council waste management officer told residents in an email that this could be dangerous because the bin room was not designed with public access in mind. She said that problems could include rubbish falling onto people’s heads from the chute when they came in the room, a possible lack of suitable lighting and even rough sleepers seeking shelter inside the room. 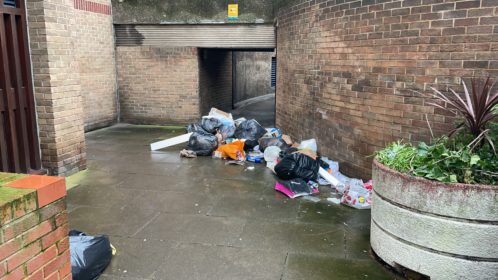 Working out whether some or all of these issues would affect Perronet House would take money that the council does not have at the moment, although the option of putting in measures to stop fly tipping is being looked at, the officer added.

“I do not dispute that the waste arrangements at Perronet are currently presenting a challenge, but the current arrangement is probably the least objectionable of the alternatives,” she said. 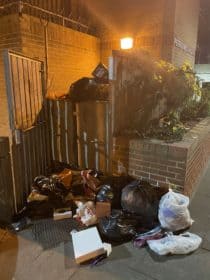 This is not the only problem Perronet House residents have had to deal with recently. We reported last month on a single mother of three with sickle cell disease, living in a one-bed flat in the block that has a serious mould infestation.