A gift from beyond the grave to Peckham coppers 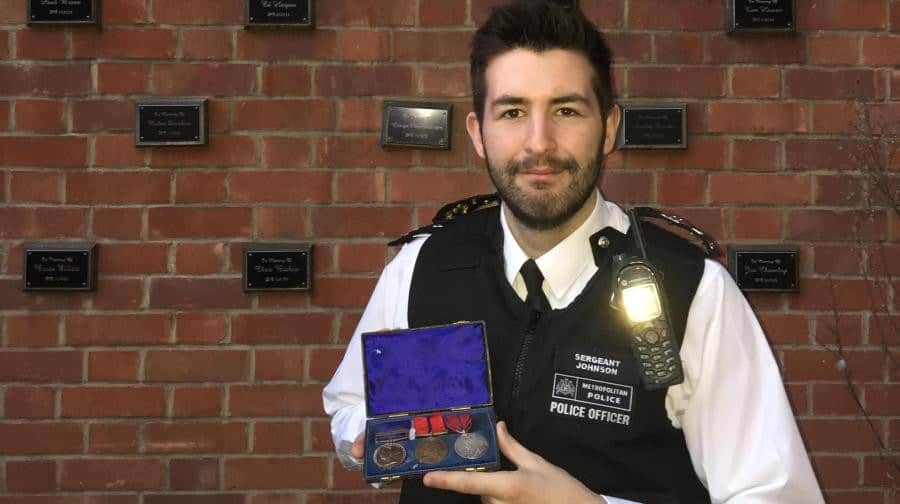 The copper who ran Peckham police station in 1906 has given medals to officers there last week from beyond the grave.

The three historic police medals were gifted by the grandson of Inspector William Alfred Lee, who first joined the police in 1885.

Martin Henry, who now lives in Canada, inherited the medals from his grandfather when he passed away in February 1935, aged 70, thirteen years after his retirement from the force.

The first commemorative medal, a Bar Bar, was awarded in 1887 for the Jubilee of Queen Victoria. A Coronation medal was given to Inspector Lee when King Edward VII briefly came to the throne and he received another when King George V took over in 1911.

William joined the Met on Monday April 20, 1885 and started policing in the St James’ Division. He rose through the ranks and in 1899 was promoted to Sergeant and posted to a more challenging east London patch, stationed in Bow. A few years later he was bumped up to Inspector and moved to Bethnal Green, before he was ultimately charged with the task of managing the Peckham copshop in1906.

He held that position for sixteen years and retired from there at the age of 57.

Sergeant James Johnson, from Nunhead Safer Neighbourhoods Team, said: “These medals are a lasting legacy of William Alfred Lee’s contribution to the borough of Southwark and I would like to thank Mr Henry for his kind donation. The medals will remain in Southwark where they will be displayed.”

Southwark NewsNewsA gift from beyond the grave to Peckham coppers