With limited space in the borough, should we prioritise woodlands for the living or graves for our dearly departed? 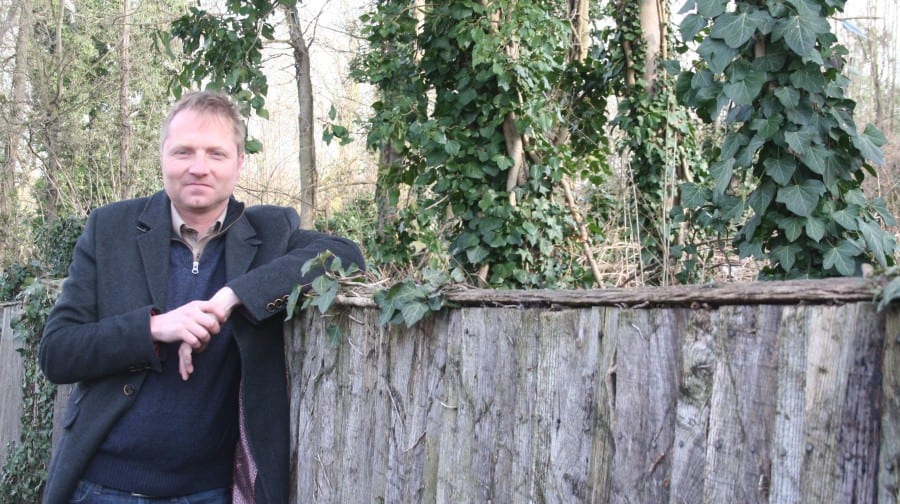 Cllr Merrill, Southwark's cabinet member for the environment, at Area Z, where the council wants to create 1,000 graves

Whether you want to be sailed out to see on a burning Viking ship destined for Valhalla or place in a cardboard box in the ground, everyone has a last wish.

But for those whose final request is to be buried in an inner London borough like Southwark, you could be given a bus pass to Sidcup instead.

Like parking spaces, burial plots are becoming scarce in Southwark and the council estimates we will have run out by 2017. To dig our way out of this situation the local authority is forging ahead with its plan to create thousands of new grave spaces in the next ten years before it can recycle old graves forever more.

The other kind of space which is hard to find in the big city is the green kind, which is why the Save Southwark Woods campaign group sprung up last year in defence of the woodland areas within Camberwell Old and New Cemeteries, where the council would need to fell trees and clear ground to make way for around 5,000 new graves.

They say the precious green spaces, which haven’t had blocks of flats built on them, should be protected for the living to enjoy, including the wildlife already at home in the woodlands.

The council says if they don’t press on with their plans, some of the poorest people in the borough will be the ones to suffer by having to travel out to Bexley or Kent to visit loved ones in over-priced graves.

“It’s just common decency,” said Cllr Darren Merrill, Southwark’s cabinet member for environment and community safety. “If someone’s last wish was to be buried we want to provide that.

“The deprived areas tend to be more religious. They would want to give their loved ones their last wish and if we are able to provide it I think we have a moral duty to do it,” he added.

With burial plots in private cemeteries or other boroughs costing up to three times as much as a plot closer to home, funeral costs could soon spiral, not to mention the hit to your Oyster card.

For Cllr Merrill this issue is personal. When his grandma died when his father was just six years old, she was buried in Camberwell New Cemetery. “My father always said it was nice to know she was close by,” said Cllr Merrill, who believes the new graves would not just be for the dead, but for the living “left behind.”

“It’s part of the bereavement process for people.”

But there are more than ten sites identified across Southwark’s existing cemeteries where woodlands and open spaces could be filled with more than 2,000 new graves by 2020 and a total of 7,000 by 2035.

It will cost the council upwards of £5million to undertake all the necessary work, but if 5,000 people all pay the average £2,000 for a burial plot, it could also earn a whopping 10million in return.

Cllr Merrill says on average demand for new burial plots is around two hundred spaces every year. There are almost twice as many burials but families and loved ones often choose to share a plot. By that calculation, we will need 2,000 new plots by 2025 and 4,000 by 2035, which has called Southwark Woods to question the need for so many new graves.

The council confirmed that they would be able to sell grave spaces to people outside of the borough and they would be charged higher fees than Southwark residents.

Anne Stanesby of Save Southwark Woods says she is “sympathetic” to those people who want to be buried for religious or personal reasons but says the preservation of our limited woodland is more important. “We don’t think it’s right given all the problems with climate change to start chopping down trees so that dead people can be buried,” she said.

A protest walk through the woods earlier this month attracted hundreds of supporters who are all demanding that the council undertake a new consultation about their plans for the borough’s woods and that it looks into providing burial spaces outside of the borough instead.

Anne points out that a consultation carried out in 2011, which the council is using as a mandate for the work, took in a majority of respondents from Lewisham and even in those few short years a lot has changed. “When I first moved here twenty years ago, everybody had a back garden. Since then lots of new flats have been put up and none of them have gardens,” she said.

The council’s burial strategy, put together following the consultation, says if their plans to create new graves don’t go ahead, they will have to look again at using an area of Honor Oak park, a proposal which received significant public opposition in 2012.

Anne is now in the process of setting up a Friends of Camberwell Old Cemetery group and says this issue will not go away. “If we all get together we can find a solution to this,” and with hundreds of willing volunteers, perhaps there is a way forwards to create a woodland graveyard.

Cllr Merrill has mooted the idea of natural flowers to mark graves, instead of headstones, and has brought the National Wildlife Trust on board to advise on preserving biodiversity in the marked areas. For now, though, the two sides remain at logger heads and the main space in contention, known as “Area Z’ continues to sit fenced off and unused after it was used as an illegal dumping ground for many years.

Cllr Merrill would like to put a planning application in this summer to start work on Area Z in the Spring next year but without the support of Save Southwark Woods, it could be an uphill struggle all the way.

Burial statistics for the borough of Southwark

It is not true burials in cemeteries outside the borough cost 3 times the amount. Southwark charges £2600 a burial whilst Kemnal charges £3150 but that drops to £2800 if reserved in advance and that is without spending £5.1 million of tax payers money. Southwark could easier block reserve plots in cemeteries further out – providing a cheaper, better service for their residents. Tower Hamlets are doing this and perserving their already full local cemeteries for nature and heritage. Souhwark should do the same.