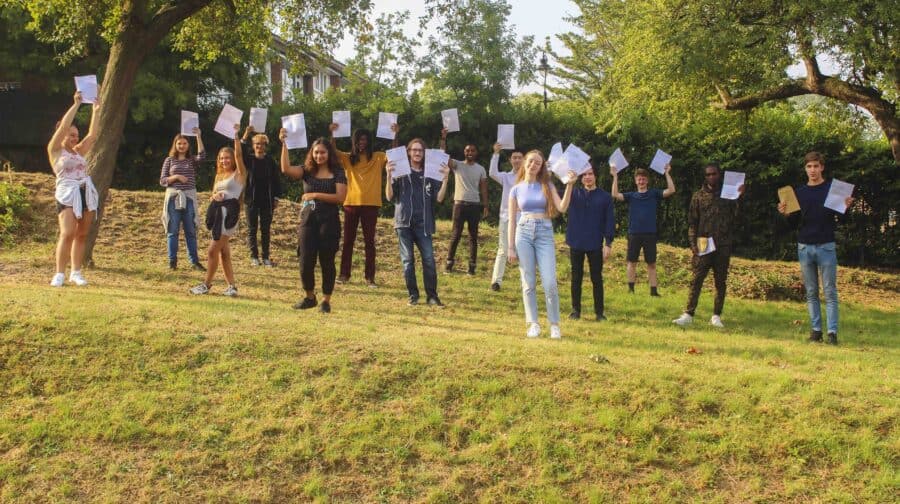 Frederick Mitchell with his excellent grades

At least 31 students from Kingsdale School in West Dulwich achieved one A* at A level, and thirteen students achieved at least two A*.

Among them are Zelda Brufal who achieved an A* in Mathematics, A* in Music and A in Physics. She will study Music at Girton College, Cambridge. Camilo Opoku gained an A* in Computer Science, A* in Maths, B in Biology, and C in Further Maths. Phoebe O’Connor is off to the University of Liverpool with her A* in Sociology, A in Geography, and B in politics. He achieved ten Grade 9s, one A**,  two A*s and a Grade 8 in his exams and was believed to be the country’s top performing student.

Today he received an A* in Further Maths; A* in Maths; A* in Physics and an A in Spanish – though the school hope that will be revised to an A* after an appeal.

He is now preparing to go to Durham University to study Maths. Evelyn Parsons received an A* in History, and A* in Music, A in Mathematics and an A in History. She is going to study German at the University of York