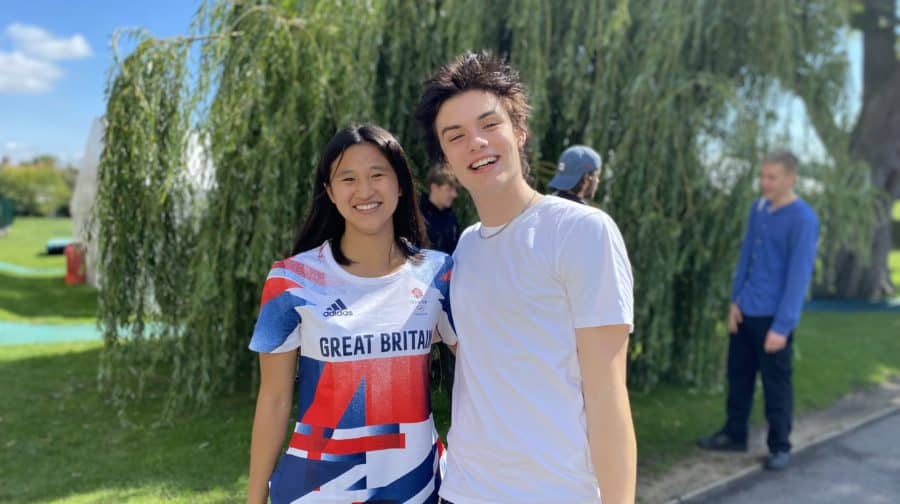 Olympic diver Eden Cheng joined her friends from Alleyn’s in Dulwich as they celebrated receiving their A Level results today.

Staff were on site as pupils picked up their results in person, with headteacher Jane Lunnon paying tribute to their hard work and resilience during a very tough academic year.

“I am so very proud of all our boys and girls, who have demonstrated such steadfastness in the face of sustained uncertainty,” she said.

“Their achievements are fantastic, fitting and fully deserved, and we celebrate the determination with which they have tackled their assessments.

“Behind the topsy-turvy circumstances, their hard work was constant, and it is their tenacity, ultimately, that has allowed them to evidence, so robustly, exactly what they are capable of.

“We congratulate them all and thank the staff who worked so hard throughout last year, to ensure that their learning was not unduly compromised by the pandemic.”

Eden achieved a A*, A*, A and B grades after studying by turns in classrooms, on planes and at pool sides in order to balance the international diving career.

She took home a silver medal at the 2021 European Diving Championships and competed at the Tokyo Olympics.

Meanwhile, Louis Partridge combined his A Level studies with a career as an actor. He appears as the Sex Pistol’s Sid Vicious in an upcoming Danny Boyle series.

Dr Rob Atkinson, head of Alleyn’s upper school said: “We are delighted for all our students, and grateful to the wider staff body and parents that provided such dedicated support throughout their journey.

“The vast majority now progress on to their first-choice university and specialist courses in the UK and overseas.

“We are thrilled to wish them well in their next steps, and equally excited to meet them again as Alleyn’s alumni in future years.” 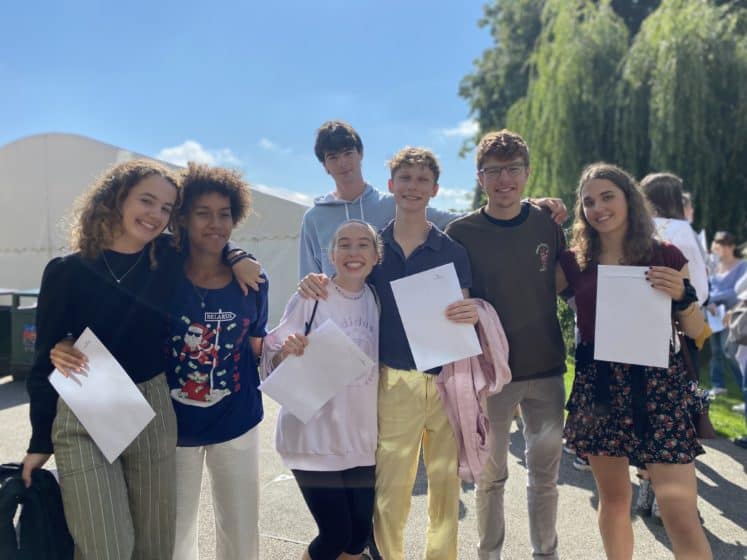