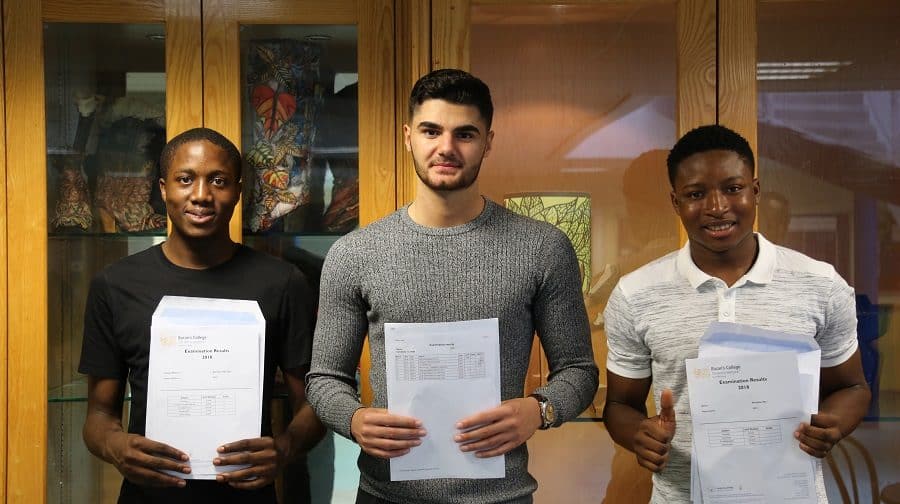 Rotherhithe’s Bacon’s College says this year’s A Level results have improved on last year – including a growing number of students awarded top grades at A and A*.

According to the school, 46 per cent of A Level grades achieved by its pupils were in the A* to B bracket.

In total, 78 per cent of the school’s pupils were awarded A* to C grades.

Principal James Wilson said: “These results are testament to the perseverance, ambition and commitment of our students, who I hope can all take pride in their achievements today.

“Likewise, our staff have worked incredibly hard to ensure that students have all they need to succeed and secure places at the universities of their choice.

“What is particularly pleasing is that, aside from our individual students’ successes, as a school we have seen across the board improvements.

“This will spur on our younger students as they look to replicate this success in their own studies.”

Among Bacon’s top performers are Deniz Aslan, who gained an A* in maths, and As in further maths, chemistry and physics, and Anthea Thomas who was awarded an A* in product design and also graphics, and an A in art.

Gloria Nkuliza celebrated an A* in maths, A in physics and A in chemistry.

Peter Mant received an A in maths and also further maths, as well as physics, and a B in computer Science.

In the arts, Sarah Boukhemma gained an A in English language, B in English literature and an A in media studies.

Meanwhile, Lily Palmer achieved A’s in English language, English literature and history, as well as a B in chemistry.