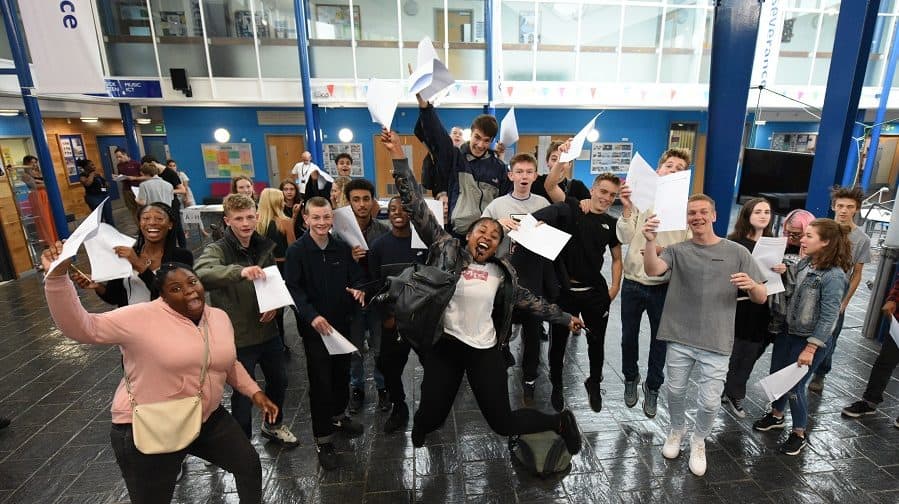 Students at North Dulwich’s The Charter School are celebrating today after achieving ‘outstanding’ A Level and BTEC results, which have seen 64 per cent of students achieve at least one A grade or equivalent.

The state school, one of the top in the country, says 88 per cent of its students this year have achieved three A Levels at A*-C grade and 64 per cent have got at least one A grade.

BTEC students have also excelled, with every one of its Business BTEC students achieving a distinction or merit, and 86 per cent of those studying sports and leisure gaining the same grades.

Head teacher, Christian Hicks, said: “Once again we have seen our students’ hard work over the past two years produce another set of outstanding A level and BTEC results.

“I am incredibly proud of the perseverance and focus on excellence shown by all of our students and their teachers.”

Frankie gained an A* in Maths, Further Maths, Physics and Economics and an A* in his Extended Project Qualification and is now taking a gap year.

Lucas was delighted to achieve three A* in Further Maths, Maths, Physics and an A in Spanish and is starting his undergraduate degree in maths at Edinburgh University in September.

Telma Viveiros achieved an A* in both Chemistry and Maths, and an As in physics and biology. This autumn she will start studying medicine at UCL.

Ella Pound achieved an A* in english an A in both government and politics and history and an A* in her extended project qualification. Ella is joining Cambridge University to read English literature in October.

And Hendy Trieu gained an A* in both maths and further maths, and an A in chemistry. He will be studying maths at Kings College London.