A Level Results: 90 per cent of students at St Michael’s get first choice despite ‘totally inexplicable’ grade changes 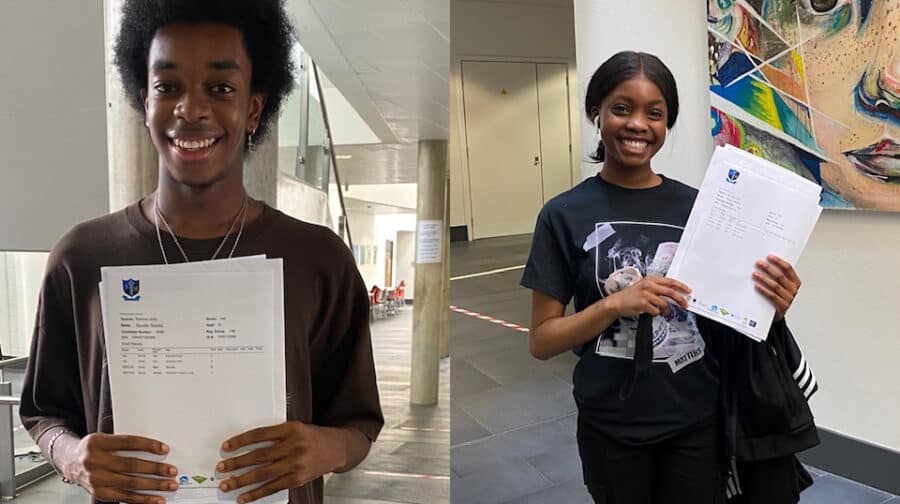 More than 90 per cent of pupils at Bermondsey’s St Michael’s Catholic College will be taking up their first choice of uni places, says the school, despite this year’s exams fiasco.

Principal Felicity Corcoran praised the “positive” results, but slammed the “totally inexplicable changes” made to some pupils’ grades by exam boards.

“Whilst results at St Michael’s were very positive on the whole and over 90% of students have secured places at their first choice universities some of the changes made to grades by the exam boards are totally inexplicable,” she told the News.

“The fatal flaw in the system is that the statistical process used by exam boards doesn’t take into account the data they are dealing with represents individual students.”

However, the school, on Llewelyn Street, said a large number of its students had posted “outstanding” performances.

Among those are Grace Oreyomi, whose three A grades will see her studying International Business at King’s College London.

Nneoma Anokam’s top results will see her take up a place to study Economics at Warwick, while Devonté Sackitey will now begin his chosen subject of Geography at King’s.

“Relieved is the best way to describe it,” he said. “I feel as if I have spent five months just waiting for these results and now I can feel excitement and happiness.”