A Life Through Letters

Beautiful acting from two legends of stage and screen. 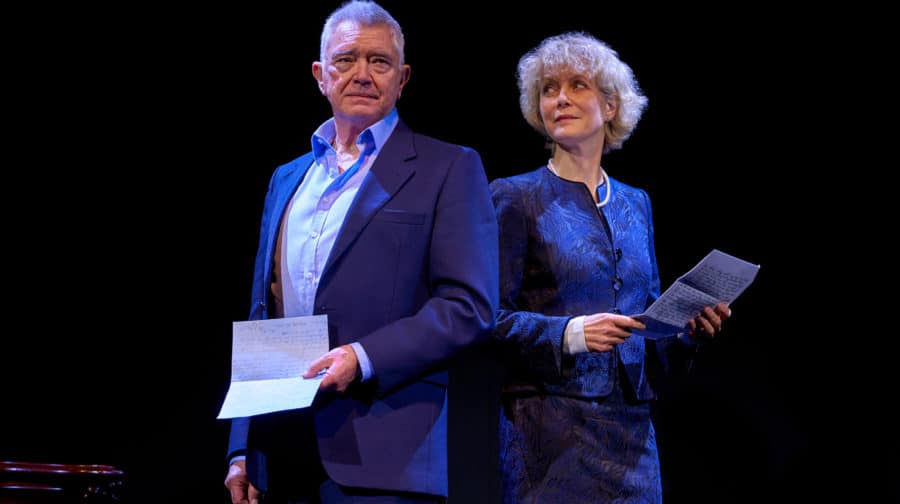 I found it hard not to get past the need to write in capital letters “I WENT TO THE THEATRE” and leave it at that. It was genuinely extraordinary to be doing something so normal and joyful. If you’re wondering what coronavirus restrictions feel like in the theatre, the answer is, less strange than you might think. In fact, the half empty theatre felt almost more atmospheric and intimate. I don’t know whether I was more aware of people’s responses or they felt freer to express them but there were moments of gasping and laughter and no loss of energy at all, writes Katie Kelly. 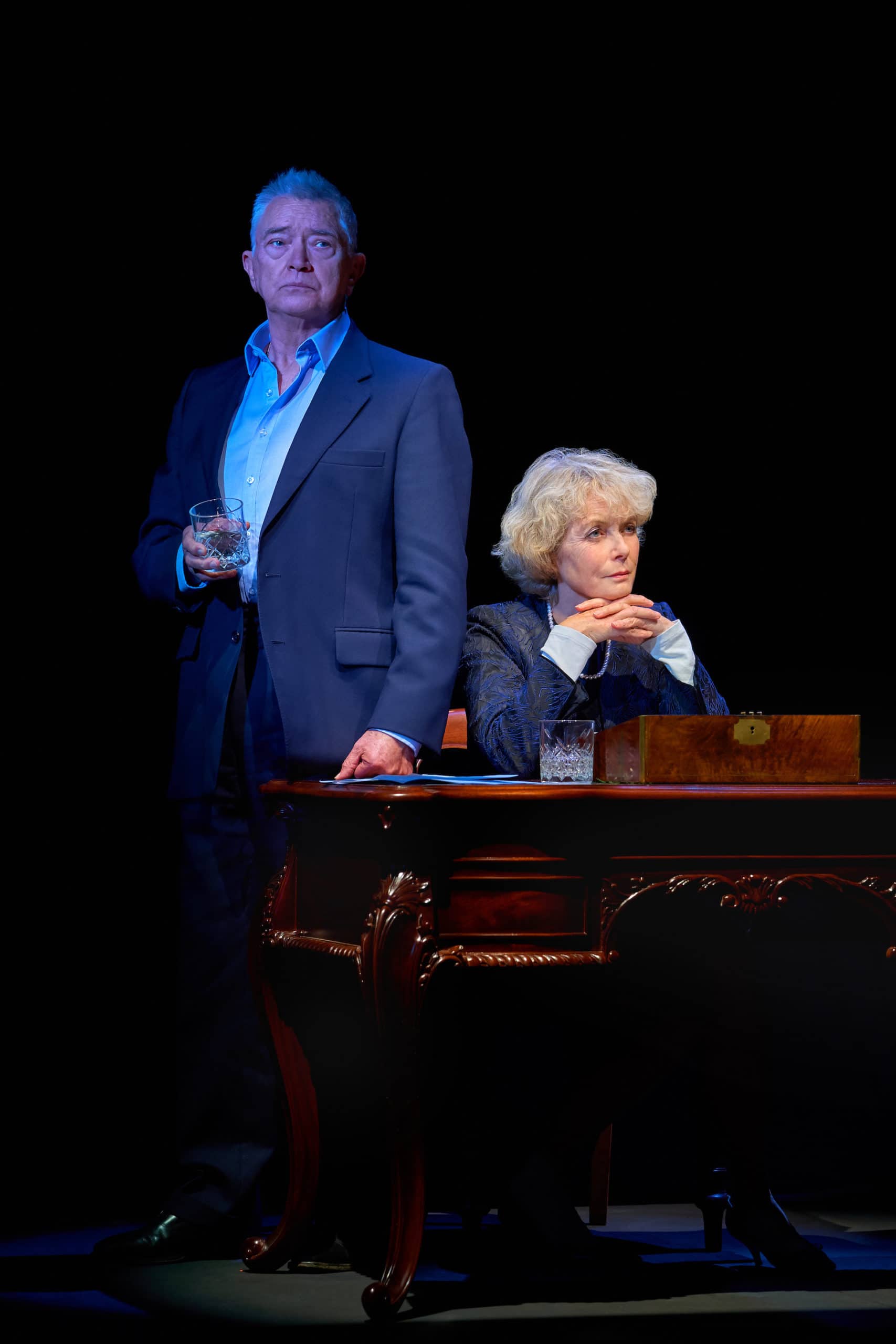 This play is particularly suited to the year of virtual relationships, based as it is on a lifelong friendship conducted mostly by letter. Writer A. R. Gurney intended it as a novel but was turned down by a publisher as they didn’t ‘do plays’, and since 1988 has found a very successful home in the theatre. Love Letters asks so many timely questions about the gains and losses that result from a lack of physical and incidental presence. The unplanned and uncensored, versus the authored and edited.

The two characters, Melissa Gardner and strikingly named, Andrew Makepeace Ladd III, fall on opposite sides of this comparison, one desiring spontaneity and abandon whilst the other is more comfortable with the curated and the cautious. Jenny Seagrove and Martin Shaw do an extraordinary job of narrating a friendship that begins in infancy and lasts until midlife. You might ask what is gained from staging a novel that consists entirely of letters? The answer, ironically, is the physicality of the performance. With the simplest of sets, two desks, no other props, no costume changes, the focus is simply and relentlessly on the interaction of two people and their story; and it is enough to keep you completely gripped.

The friendship starts gentle and comic, with an exchange of formal and fun letters resulting from a birthday party invitation. As the years go on, the darkness of Melissa’s family life becomes clearer and is sadly rerun by her, though this doesn’t stop her from having the lion’s share of the laughs whilst Andrew becomes increasingly respectable. Beautiful, subtle acting from two absolute legends of stage and screen.