A Perfect Time at The Omnibus

This has got to be one of my favourite productions at The Omnibus. I left with a satisfied smile after having had more than ‘a perfectly nice time.’ 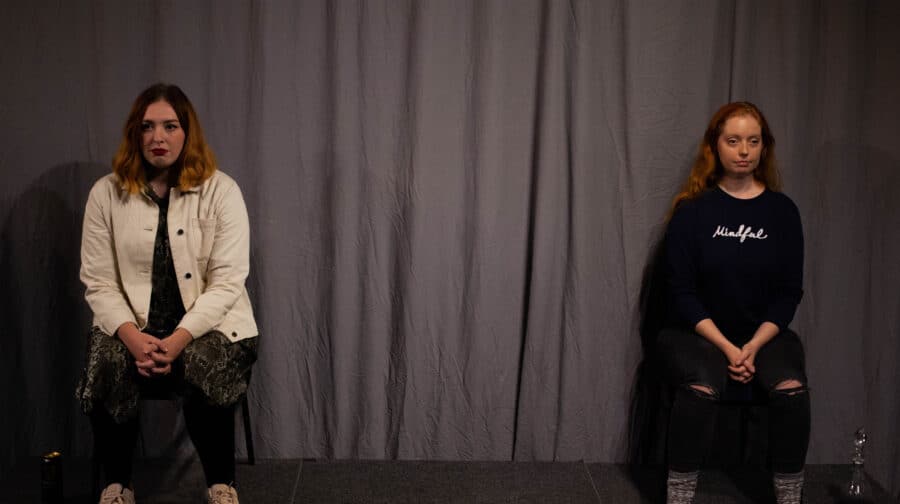 I love it when a play knows where to end and, thankfully, writer Pedro Leandro has achieved this in his short and sweet piece, We Were Having A Perfectly Nice Time, writes Susan Hallissey.

Beautifully written and staged simply we are left with a minimalist set, two chairs with two actors facing stage front.

A long, silent intro leads to a burst of energy in which actors Stephanie Booth and Hannah Livingstone attack the dialogue, immediately engaging the audience. Like machine guns their timing and chemistry without even looking at each other is rare.

With deadpan humour and the curious ramblings of bored and drunk flatmates we are drawn into the crazy, sad and funny world of the two friends (or are they?). Until, that is, their ‘perfectly nice time’ is spoiled by a revelation, followed by more quick wit and a final rant.

We hear about the heartbroken neighbour driven to Salsa classes, mocked for being an ‘adult beginner.’ We hear about lost loves and ‘the one’ or ‘one of the ones’.

I was touched by the line, ‘even in your imagination she doesn’t want you.’ This has got to be one of my favourite productions at The Omnibus. It’s a pity I didn’t get to see a copy of the play for sale, as I would have liked to read the dialogue again and again.

‘We were having a perfectly nice time’ is definitely my type of theatre – beautifully written, no gimmicks and performed with great dexterity. It is only occasionally that I hear a piece of text where nothing is wasted. To present a production in such stark surroundings is testament to the script. Evan Lordan’s direction is as concise as the work itself and takes nothing away from the performance.