A slippery suspect caught on the run by Southwark police 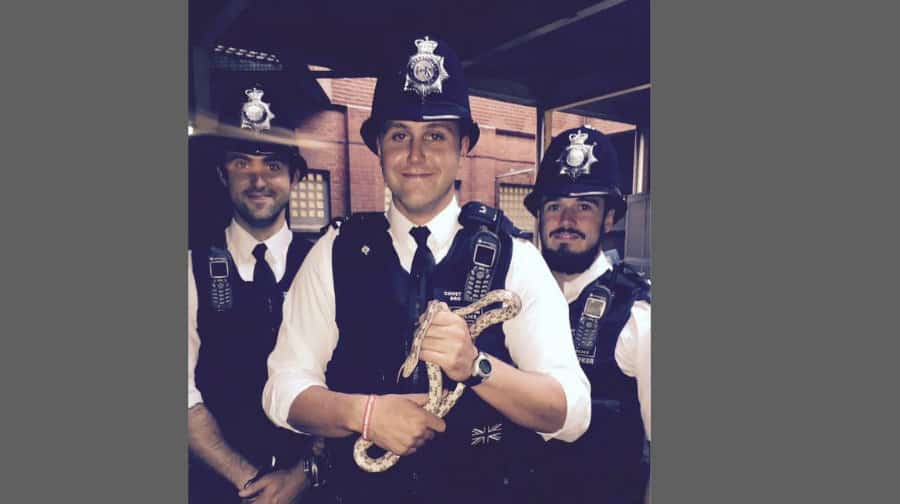 Bobbies on the Peckham beat encountered a slippery suspect on Thursday morning when they found an abandoned pet snake.

PCs Brown, Sharpe and Mallet were patrolling down Goldsmith Road when a member of the public approached them and asked for their help with a case that didn’t adder-up.

The concerned citizen had found a metre-and-a-half-long corn snake loose on the street and had managed to get it into a carrier bag.

The officers knocked on a few doors to see if they could find the owner before taking the lost reptile, who they named Sid, to the RSPCA in Camberwell, where staff confirmed it was non-venomous and likely to have been kept as an household pet.

The charity is now seeking Sid’s owners so they can get him back home and says he is typical of a rise in escaped ‘snakes on the lane’ they see in the hot summer months when they are naturally more active.

Corn snakes are not native to this country so Sid is likely to have been an abandoned exotic pet. “Sadly the RSPCA is experiencing widespread neglect and abandonment of reptiles as for many people an exotic animal represents too much of a commitment. We would encourage people who are thinking about taking on an exotic pet to research the needs of the particular species thoroughly and ensure they can meet them at all times,” said a spokesperson for the animal charity.

Anyone with any information about Sid and who he might belong to is urged to call the RSPCA inspector appeal line in confidence on 0300 123 8018.