A Bermondsey tulip walk with our Ada 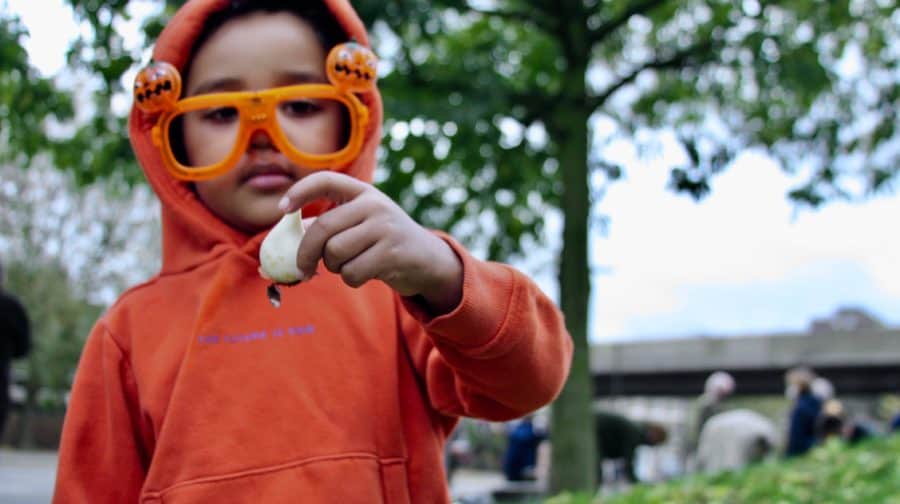 Isaac was among those planting the tulips

Bermondsey residents can enjoy a walk through tulips planted in honour of the 100th anniversary of a radical plan to improve the health and happiness of people in the area, writes Kit Heren…

Greener Bermondsey has published the Ada Tulip Walk, which maps out the tulips planted in schools, estates, community gardens and churchyards across Bermondsey and Rotherhithe.

The Ada in question is Ada Salter, Labour mayor of the metropolitan borough of Bermondsey from 1922 and founder of the Beautification Committee in 1920. Life in Bermondsey was tough for many people at the time, who often lived close together in slum-like conditions. 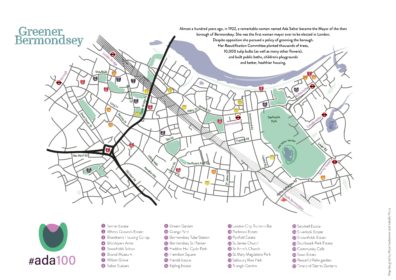 Ada, who moved to the area with her husband Alfred, a brilliant doctor, around the turn of the 20th century, was a socialist and a tireless campaigner for the rights of working people. She believed that improving the environment was key to improving local people’s health and quality of life.

Her Beautification Committee, whose motto was “fresh air and fun”, aimed to transform any available space into a garden of some kind, filled with trees and plants. Anyone who wanted plants and compost could have them for free, according to social housing historian John Boughton.

The committee ended up planting 9,000 trees and 60,000 plants, according to Hannah Awcock in her blog Turbulent Londoners. About 70 miles of streets were lined with trees, out of 80 miles in the borough, according to Boughton. 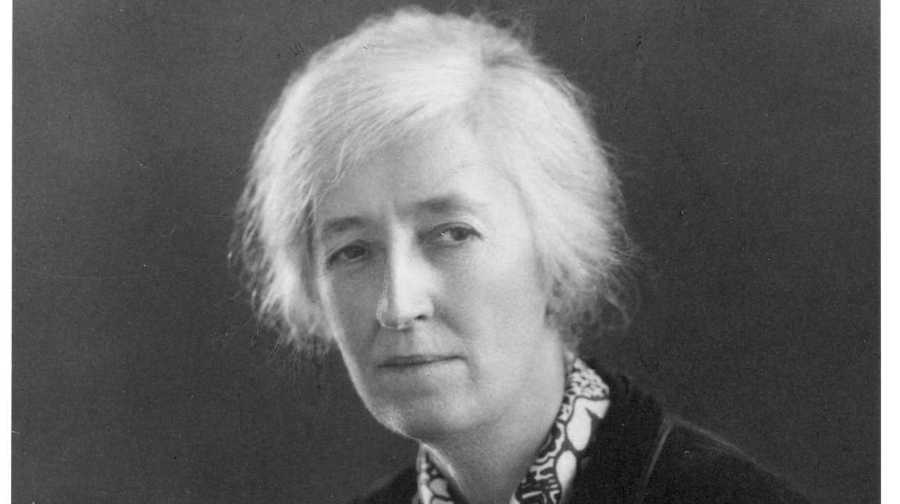 One of Ada’s preferred trees was the Tree of Heaven, which can thrive amid polluted conditions more readily than other species. There were some 383 in the borough by the late 1920s. Although the lifespan of the Tree of Heaven is about 70-100 years, some of the original trees still survive.

Some people balked at the scale of the committee’s ambition, but Ada’s retort was that much of the work was being done by local people who were out of work. As well as being a beautification scheme, it was a public infrastructure programme that brought employment to the area. 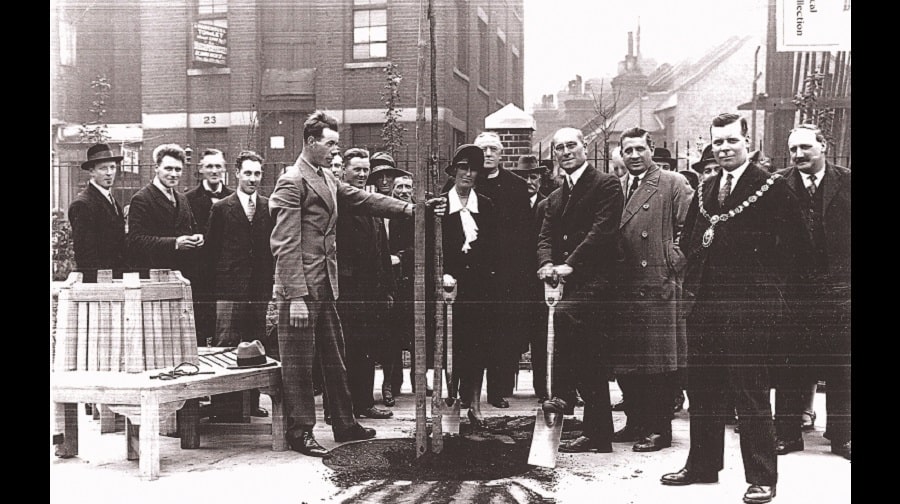 Ada planting a tree as part of her ‘beautification’ campaign

Some of the more ambitious plans did not come to anything, like a winter garden that Boughton said was slated to encourage “healthful exercise and bodily development”.

But the scheme was a huge success overall: the Observer commented in 1931 that “outside the Royal Parks it would be difficult to find anywhere such masses of colour”, according to Bob Gilbert in his book Ghost Trees: Nature and People in a London Parish.

More than 2,000 Bermondsey and Rotherhithe residents planted over 10,000 tulip bulbs in memory of Ada in autumn 2020, as part of the non-partisan Greener Bermondsey group.

The Mayor of Southwark also took part in the planting at the Bricklayers Arms and the Dickens Estate in west Bermondsey.

“For us at Greener Bermondsey, the best part of the project was how ready so many others were to join it, people we have never met before the lockdown.

“In the end, over 2000 people volunteered to plant bulbs. I think that’s the real tribute to Ada,” said Anna Bayraktar, who was the Project Lead for Project #ADA100.

“There is something about Ada Salter that speaks to everyone. She knew ‘green’ was good for people. And when she was told ‘no’, she found a way to make it happen anyway.”

“[Bermondsey ward councillors] Damian, William and I came together with some brilliant people to found Greener Bermondsey, a non political group with an open invitation to all residents to help lower the carbon footprint of Bermondsey.

“Let’s get Bermondsey on the map in the 21st century for yet another great reason.”

Greener Bermondsey hopes to take on more projects in the future to make the area a cleaner place to live. Ultimately it aims to make Bermondsey one of the lowest-carbon areas in the country.

Ada died in 1942 after she and Alfred were bombed out of their home earlier that year in the Second World War. Her legacy remains visible in the Ada Salter Garden in Southwark Park and the memorial to her and Alfred by the Angel pub in Rotherhithe, as well as the many tree-lined streets and green spaces of Bermondsey.