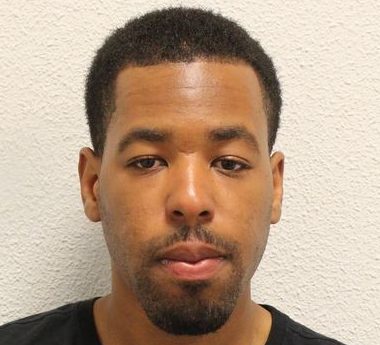 McKenzie is guilty of murdering Kelly, and of the manslaughter of baby Riley

A Peckham man who killed his pregnant ex-girlfriend and her baby by stabbing her 21 times has been jailed for life.

Aaron McKenzie, of Peckham Park Road, must serve life behind bars, with a minimum term of 35 years, after being found guilty of the murder of his ex-girlfriend Kelly-Mary Fauverelle in Thorton Heath.

He was also found guilty of the manslaughter of their baby, Riley, who was delivered at the scene but sadly died in hospitals days later.

An Old Bailey trial heard how Kelly, eight months pregnant, was found dying by her sister in the family home in the early hours of the morning.

McKenzie, a 26-year-old crane driver, had broken into her ground floor bedroom as her family slept upstairs, and stabbed her 21 times, jurors heard.

A cot for baby Riley had been set up in the room. Family members did not see anyone enter or leave the property as the murder took place on June 2019.

The trial heard how he posed as a victim, telling police he had nothing to do with the horrific murder. He even joined family members as they mourned their loss, and went to the hospital where doctors were battling to save Riley’s life.

Just five hours after the attack, at around 3am in the morning, McKenzie went on a driving lesson the court heard – acting “totally normal” according to his driving instructor.

Police say McKenzie confessed to his crimes via his solicitor during an interview after being made a suspect, telling them: “No one else was involved in this. There was no reason for it other than my faults.” But in court, the defendant gave the name of another man he said was responsible for the killing of Royal Mail worker Kelly and her baby.