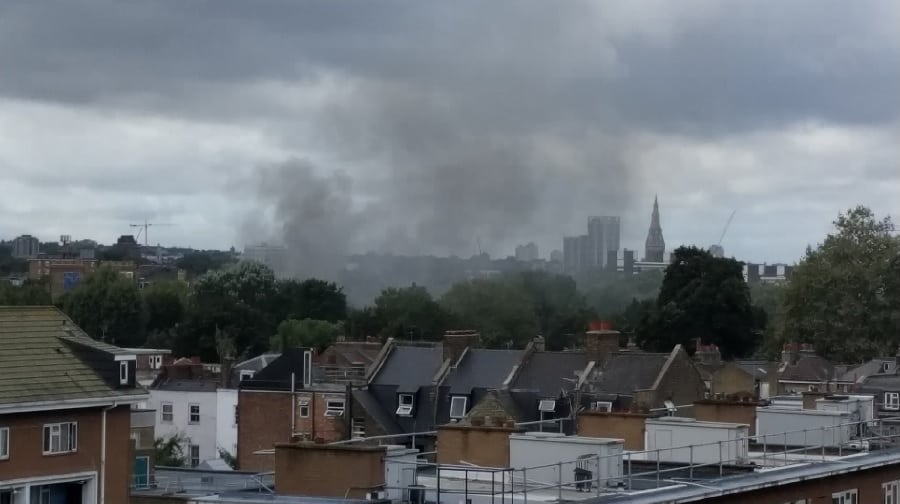 A fire broke out on a housing estate near the Sir Robert Peel Pub in Langdale Close this morning.

A London fire brigade spokesperson said: “Four fire engines and 21 firefighters and officers were called to a fire at a flat in Langdale Close this morning.

Part of a flat on the second floor of the building and part of the flat’s roof were damaged by fire.

Approximately nine people left the block before the arrival of the Brigade. One woman was treated by London Ambulance Service for smoke inhalation.

The Brigade was called at 09:35am and the fire was under control at 11:44am. Fire crews from Old Kent Road, Lambeth and Peckham fire stations attended the scene.

The cause of the fire is currently unknown.

One eyewitness, Ollie Smith, told the News: “I could see it from my girlfriend’s flat. We could smell smoke. It was thick and grey.

“Fifteen minutes [later] a fire officer turned up in a marked Mercedes with blue lights on it.”

“I could see people leaving the scene with plastic bags with their belongings.”