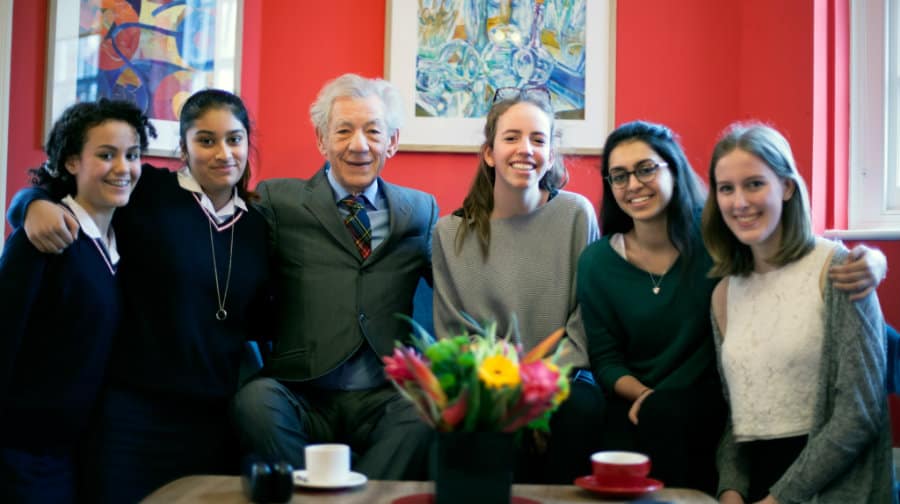 Sir Ian, who starred in the Lord of the Rings and X Men films, spoke to the pupils in small groups about his life experiences.

Two girls from the school even presented a delighted Sir Ian with their own portraits they had painted of him.

A spokeswoman for the school said: “It was an extraordinary day and he said he really admired the paintings of him.”