Actor joins campaign to save The Clipper pub 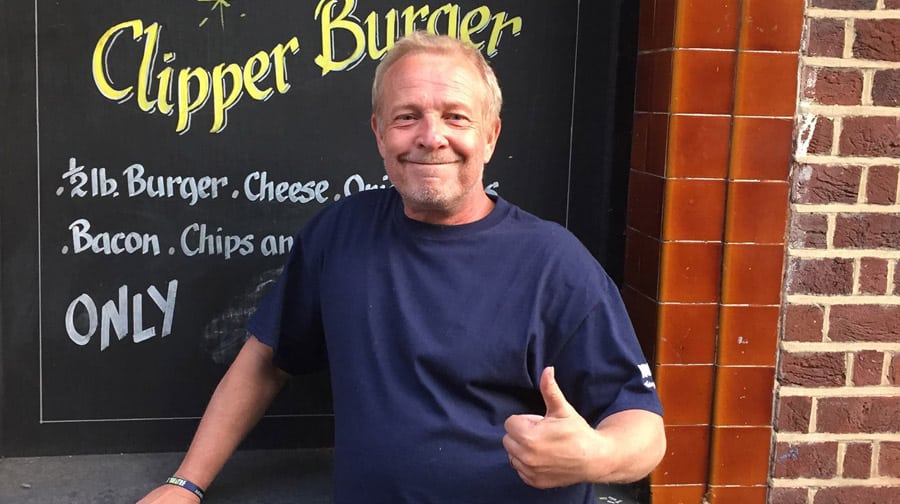 Actor Eddie Webber outside The Clipper

A campaign to save the Clipper pub in Rotherhithe has gained some star quality after actor Eddie Webber issued a rallying call for the 81-year-old boozer.

The Rotherhithe resident, who has played intimidating bad guys on TV shows including The Bill and Casualty, also told the News of his intention to buy and run the pub as a community focal point.

He said: “The developers don’t care about what this means for the area, they just want another big, money-spinning project. I’m making a stand and I hope more and more people will join me.

“I want to take over and make it something for the community to enjoy. We could have jazz on Mondays, blues on Tuesdays, comedy on Wednesdays, open mics on Thursdays, discos on Fridays and a classic old boozer at the weekend.”

Developers McCullochs, who own the property, want to tear down the pub and replace it with a ‘four storey building comprising a ground floor retail unit of 288sqm with basement, with six two-bedroomed flats above’. However, supporters of the pub received a boost last week when the planning application was rejected by Southwark Council’s planning committee by a vote of 3-2.

Eddie said: “Now is time to knuckle down to the reality of the situation. The developers can appeal the decision, put in another application or sell it. We need to make sure that if they do sell, we have got it listed as an asset of community value.” If the council approve the Save the Clipper’s application, residents will need to be consulted if the pub is sold. A six month freeze would be put in place, which would allow campaigners the chance to fundraise for their chance to bid for the pub.

Eddie said: “It is a beautiful, traditional pub and they want to replace it with a horrible, cold building. I’m really angry about this. Time and time again we have seen this happen in Rotherhithe and we need to put a stop to it. “I started going to the Clipper as soon as I was old enough to drink, it goes way back with me and my friends growing up here. We’ve lost so many other pubs in the area so we’ve got to protect this one.”

Southwark NewsNewsActor joins campaign to save The Clipper pub