It would be great for the country to have a holiday at some point during the 90th year of the Queen's life, the vicar said 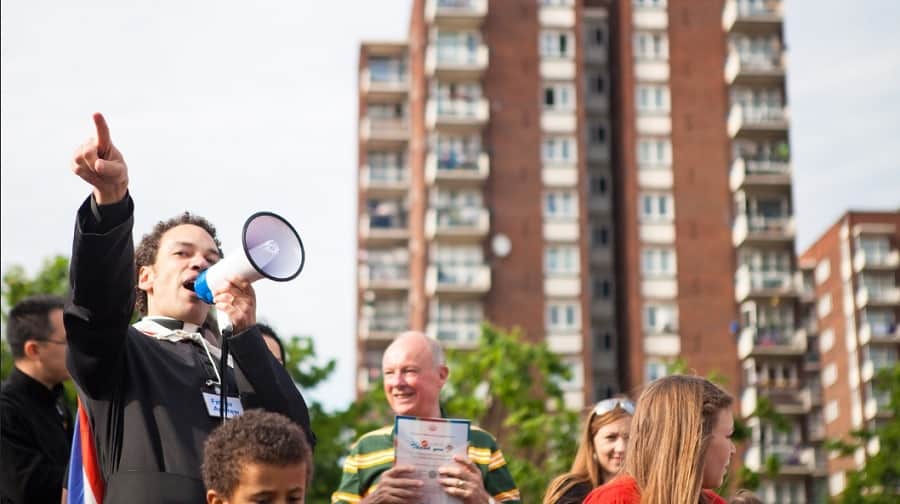 The vicar of St Peter’s Church in Walworth has launched a petition calling for a bank holiday to celebrate the Queen’s 90th birthday.

Father Andrew Moughtin-Mumby of St Peter’s Church in Liverpool Grove launched the online petition in May, urging the government to plan a national bank holiday for Her Majesty’s birthday.

“It struck me that around the whole world, British embassies are closing for the day,” Father Andrew said.

“Her birthday is on June 10 officially. But what I’m asking for is a bank holiday to happen at some point during the 90th year of her life, before June 2017.

“Funnily enough there’s already a petition out there online but it hasn’t done very well. But I’m calling for one that’s at a more flexible time, as long as it happens before the end of the year.

Father Andrew has taken the lead in hosting big neighbourhood parties in Walworth. He and his colleagues organised the annual Party in the Park to celebrate the Royal Wedding in 2011, and has continued in Faraday Gardens ever since.

He added: “Events like this are one of the things that communities like ours that genuinely brings people together.

“People from all over the world live in this area and it’s nice for people to all have a shared sense of identity.”

The petition has so far been signed by 140 people, which Father Andrew says includes friends and colleagues and people from Wales, Scotland and Northern Ireland.

Visit https://petition.parliament.uk/petitions/130729 to add your support.

The St Peter’s Church annual Party in the Park will also take place on Saturday to celebrate the Queen’s birthday from 11am to 7pm.