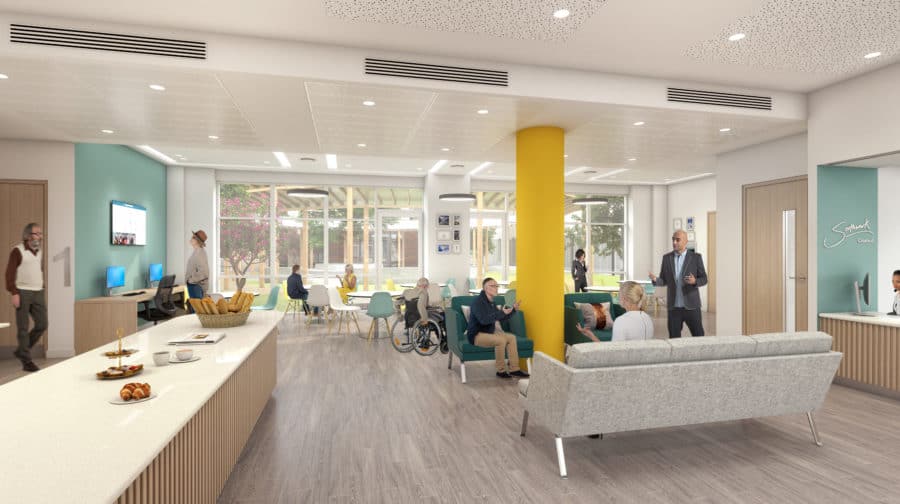 It was part of the original design but after the building it was due to be housed in was found to be structurally unsound it the proposals were put on hold until demolition.

The new plans have now been drawn-up, including 50 “extra care homes” at social rent, day centre and community hub which will benefit people with dementia and other conditions. There will also be a community garden.

Extra care homes are self-contained flats that allow tenants to live independently in their own homes with care support on site, around the clock.

Johnson Situ, Southwark Council’s cabinet member for growth, development and planning, said the new centre was particularly meaningful to him as the complex is named after his father, a former Mayor of Southwark and Peckham councillor, Tayo Situ, who died in 2011.

“It was a wonderful tribute to have the homes named after our father in the part of the borough that he loved and worked so hard for during his time as a Southwark councillor,” he said.

“It is especially fitting that those original flats and the new proposed ones aren’t just affordable, new council homes, but homes that have a special purpose – to help some of our older residents stay happier and healthier in their own home.

“I am pleased that this legacy is continuing with this fantastic new day centre and community hub that will provide services and help support some of the borough’s older and more vulnerable residents and their families.”