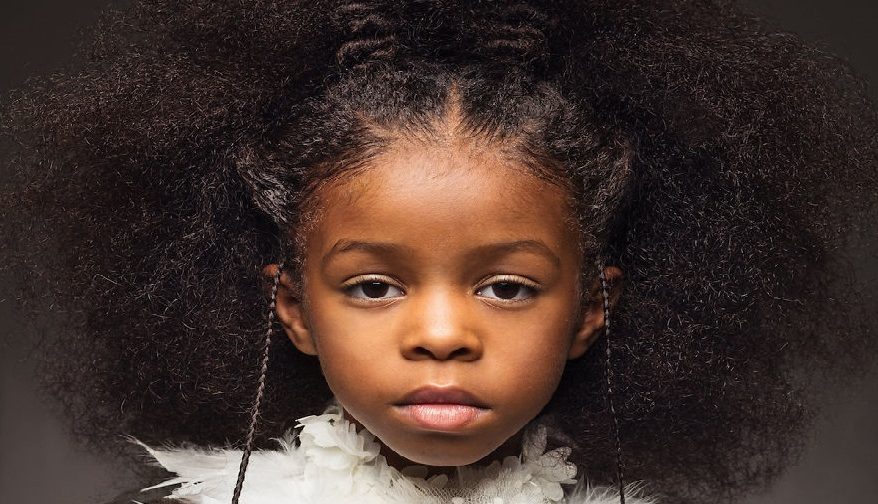 The photographers behind the world famous Afro Art series have visited Harris Academy East Dulwich to judge a writing competition about their images. Kahran and Regis Bethencourt, from CreativeSoul photography, created their Afro Art series of portraits to celebrate the beauty of black hair and encourage children to embrace their curls and received international acclaim.

When Harris Academy teacher Sarah Thompson saw their work last year, she decided to show the images to her photography A-Level class, to start a discussion about cultural identity, hair and skin.

Ms Thompson, who is mixed race, remembers students being bullied because of their hair and skin when she was a school pupil.

She said: “So many black and mixed race girls use powerful chemicals to straighten their hair from an early age.

“I wanted girls to see that they have a choice and that their own natural appearance is beautiful.”

Ms Thompson wrote to the Afro Art photographers, Kahran and Regis, to ask if she could print out their pictures and display them at school, and they replied saying they would send some special prints for free.

As well as showing the pictures to her class, Ms Thompson held a competition on the theme of ‘identity’, encouraging students to write about how the Afro Art images made them feel.

Kahran and Regis were so impressed they decided to make a visit to judge the school’s competition during a trip to the UK.

They chose year thirteen student Ria Addison Gayle as the winner, and in recognition of her success, Ria was then invited to join the photographers on a recent photo shoot in London.

Ria had written that she used to straighten her hair to avoid comments like ‘why is your hair like that?’ and change its texture. At a photoshoot in London

“And on a personal level, these images have had a very powerful effect on my perception of beauty and if I had seen more images like this [when I was younger] it would definitely have had a positive effect on my self-esteem.”

Discussing how the Afro Art series had inspired her, Ria said: “The first thing that grabbed my attention was the simplicity and the regal beauty of the images. It was refreshing to see models embracing their natural hair.”

Afro Art photographer Kahran said: “We were amazed and inspired by the overwhelming response to our photos by the students at Harris Girls’ Academy.

“It is one of our greatest accomplishments to know that our work has made a positive impact on so many young girls in the UK and the world.”

Teacher Ms Thompson said: “Identity and representation is something that is important to us all and so we always want to give our girls role models that they can look up to and be inspired by.

“Afro Art, and our discussions with Kahran and Regis, have been an incredibly powerful and positive way of exploring what identity means for our students and we are so grateful that they were able to visit our academy.”