‘New approach to regeneration that does not support gentrification' 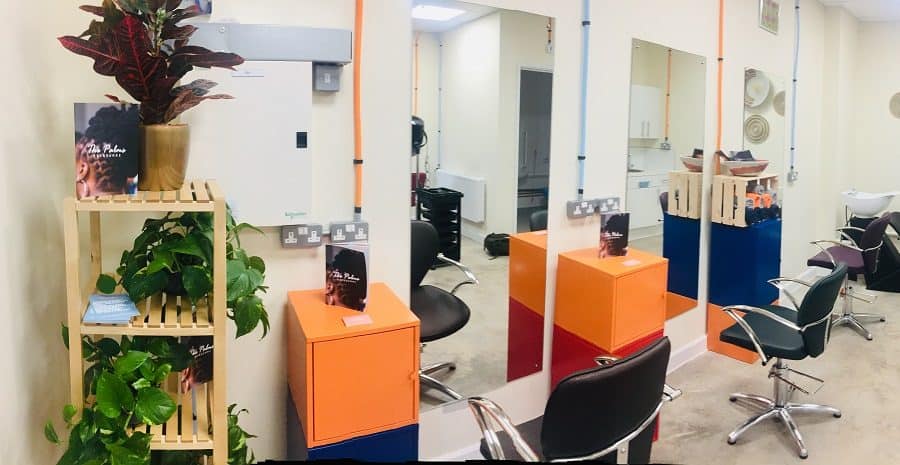 Peckham Palms, the centre for afro-hairdressers and beauty salons, will open this month as its directors promise a ‘new approach to regeneration that does not support gentrification’.

The purpose-built Bournemouth Close site, which has signed a 20-year lease with Southwark Council, will house specialist hairdressers, nail technicians, make-up artists and beauticians under one roof.

Its directors say it aims to be a ‘go-to destination for anyone who wants to benefit from generations of talent in the art of braiding, weaving, corn rows, bantu knots, Afro puffs, sew ins, plaits and twists to name a few.’

Some of the hair stylists at Peckham Palms will be those relocated from Blenheim Grove as part of Southwark Council’s Rye Lane regeneration project.

The busy thoroughfare is being turned into a public square with its heritage buildings restored and renovated.

As the News has reported, the move has not been without controversy, with Bournemouth Close residents frustrated their garages were being knocked down to make way for the new units, and salon owners worried about losing business from the move.

Southwark Council bought out businesses in Peckham Rye station’s arcades to clear the site, with planning permission to demolish given in March 2015.

Sixteen properties were handed compulsory purchase orders after negotiations between the council and landlords failed.

In a statement sent to the News, Peckham Palms directors explained: “The Palms also aims to address the crucial issue of under-represented black female ownership of the Black hair industry in the UK.

“Three out of four directors of the business are black women, two being local, and the current owners of The Palms, Something & Son, have made a commitment that the organisation will transition to majority black ownership no later than the fifth anniversary of opening.

“This will give those who want to see fundamental change in who owns and benefits from the lucrative Afro hair and beauty marketplace in London the chance to invest in and own their local businesses.

“Once ownership has been transferred, The Palms will be the first hair, beauty and shopping hub in London run by the black community, where customers can support local black enterprise.”

So if you were wondering what we've been doing at Bournemouth Close.. here's a sneak peek! Not long to go now! Thanks to @roxeneanderson for the pics! #BlackWomen #enterprise #hairstyles #beauty pic.twitter.com/EPrTNGAlT5

Peckham Palms is run by Something & Son, which won a tender from Southwark Council to operate the centre. Other projects run by their team include Barking Bathhouse, a community-run spa, Makerversity, a working space in Somerset House, and Mission Kitchen, a shared kitchen for food businesses.

It says all full-time, directly employed staff at Peckham Palms will be paid a London Living Wage with the aim of achieving this self-employed and salon staff.