“All we wanted to do was to give him a cuddle and you can't do that. Everything is on the phone.” 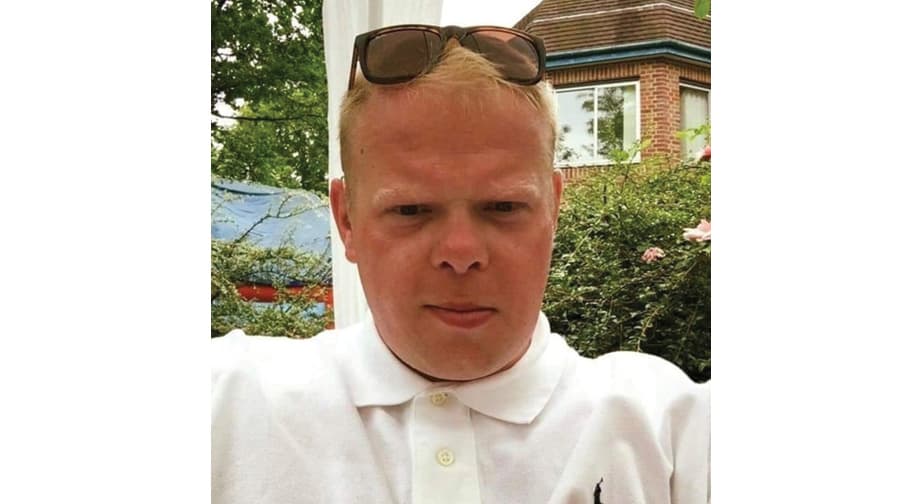 Thirty-four-year-old Terry Coakley passed away from the virus just one week ago and the hole it has left in his tight-knit family brings home to the whole community just how important it is take seriously all of the precautions.

A young man with his whole life ahead of him, Terry’s sudden death has shocked friends in Bermondsey, who are now raising money for a plaque and a donation to the doctors and nurses who battled to save him for over two weeks at St Thomas’ Hospital.

His younger sister Toni, who grew up with him on the Longfield Estate, spoke to the News this week, saying, “if you can take anything away from this, it is the need to look after yourselves, protect yourselves and do as you are told.”

Heart-broken Toni said that as a family they are struggling to grieve properly, as the whole scenario is “just so surreal.” Terry and his sister Toni

A beloved uncle to her two boys, aged two and six, as Terry lay in his hospital bed in lockdown the first thing he asked her on FaceTime was “how are the boys?”

“He loved his family and he would take the boys absolutely anywhere. Nothing was too much. Swimming lessons. They are not going to see him growing up. I spoke to my eldest boy Frankie. He has started primary school, so they were learning about it prior to the school closing down. What can you say? I said Terry was very poorly and was in hospital and then had to say he had gone to heaven, that we were not going to see him anymore, but he had gone to see family we had lost. Frankie looked up to the sky yesterday and said ‘I can’t see him, but he can see me’ and I said he was having a party up there.” Terry with his sister Toni and nephew Frankie Terry with his sister Toni and nephew Sidney

For his mother Joanne and father David, as well as his other brother, also called David, and girlfriend Amy, this tragedy was made all the most heartwrenching as they were not able to hold his hand and sit with him as he battled the pandemic.

Only seeing him through glass, the family were allowed to call as often as they liked and spent the entire two weeks waiting for updates. Toni continued: “You can’t do anything to help. I went around cleaning his flat, getting it ready for when he came home. Mum had just one video call with the consultant to explain what the machines were for. Mum was able to visit after he passed away, but just briefly. It is all so impersonal. But the doctors and nurses have been fantastic. They tried their very best.”

His mum told the News that she could not say how hard it was to be at home away from him. “I knew when the doctors were making their rounds and I would time my calls to that. And I would call first thing in the morning and last thing before going to bed at night.”

His father David added: “All we wanted to do was to give him a cuddle and you can’t do that. Everything is on the phone.” Terry did have asthma, but Toni says it was by no means the worst. He was not taking daily tablets and when he did get ill before what would normally take someone a week to get over it it took Terry two. “Terry got access to all the treatments while in intensive care for two weeks and actually died of a heart attack,” Toni explained.

“People need to understand the severity, more and more young people are losing their lives. Once you get coronavirus, because of the high temperature and dehydration you need kidney dialysis, it’s not just your lungs.

“My children have asthma a lot worse, and have to have daily steroids, so as a parent this makes extremely worried. Entering my house you shower from head to toe, wash with Dettol. I can’t risk it. Some people have said that it is extreme but I say I have lost my brother.” This week Toni, 31, a receptionist at the Beormund Community Centre off Abbey Street in Bermondsey, took the kids out for a walk after three weeks in self-isolation and was shocked how many people were not social distancing. “People were standing next to us at the crossing. I think some people have a false sense of security but we know differently. We don’t know where Terry got it and we’ll never know. He worked in heating maintenance and was in and out of people’s houses. I know I’m struggling. There really are no telltale signs that people can see when you are out.”

Before Terry was admitted to hospital his sister said he came down with the virus on the Sunday and was diagnosed with bronchitis, and told to self-isolate for fourteen days. But by the Wednesday he was struggling to breathe. She drove him straight to the new doctors’ surgery in Downtown, Rotherhithe. “He was taken through the back door and then straight to hospital. Again all very impersonal but the surgery did the right thing.” He had a chest x-ray and was diagnosed soon after, immediately locked away from his family.

“Mum went to give him his charger because we did not wait around. We thought, thank God we acted so quickly. Mum saw him through the glass, he had his mask on and said he was fine. That was the Wednesday.”

Since Terry passed Toni says the only comfort they have now is the support and messages – over 500 – from local people on Facebook and other social media. “His friends wanted to get a plaque in memory of him, that is how they are dealing with it. They have been brilliant. Terry knew so many people, we did not know how many. He was always saying hello to this person and that.” Terry & some of his close friends The justgiving page from Jake Burton CLICK HERE set up by his pals with a target of £1,000 for the plaque and donation to the NHS was well over the £6,000 mark at the time of writing this article.

“We want the money to go to the doctors and nurses who personally looked after him. Because that it what Terry was like. He would personally want to give something to someone, he would want to do it face to face.”

As Terry is being prepared for his funeral at the Chapel of Rest at Albins in Bermondsey, the Coakley family are grateful for all the messages from local people. He was a massive Millwall fan, and condolences have come from the club.

“Tim Cahill even tweeted and my brother would have loved that,” Toni added, fighting back her tears.

Just so sorry for your loss

So upsetting, what a shock crying my eyes out. X
RIP Terry.
Forever Loved Treacle xx

Southwark NewsNewsAged just 34, Terry Coakley battled coronavirus to the bitter end and his family urge local people to abide by the rules