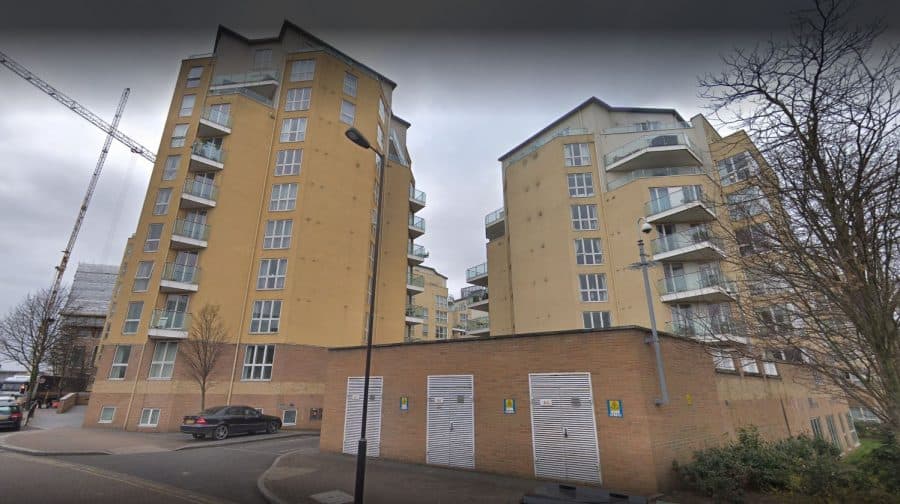 Concern has been raised over the use of Airbnb-style short-term lets for revellers, after one group allegedly invaded a block of flats in Surrey Quays.

The group turned up for a flat, allegedly rented on Airbnb at Water Gardens Square near to Surrey Quays Road in the early hours of the morning on Saturday November 17.

Police said they were called to reports of “excessive noise and antisocial behaviour” at the complex and managed to disperse the group.

One resident writing on social media said the scene was “shocking”, saying “literally hundreds” of people flooded the building.

“This was some Airbnb going rough”, claimed the resident. “Our on-site security was struggling to deal with the huge flow of people.

“I went out to check the situation and it was really scary and intimidating. It took five police officers to clear things out.”

Cllr Evelyn Akoto, Cabinet Member for Community Safety and Public Health, said: “We would encourage companies who manage private blocks to follow our example, and use leaseholder and tenancy agreements to stop people from renting their homes out on a short term basis as well.”

Tenants in council accommodation are in breach of their contact if they offer rooms on Airbnb or similar sites.

Cllr Akoto said: “Southwark Council has already cracked down on short term lets with council tenants and leaseholders, reminding them that council homes should be used as homes and they are in breach of their tenancy or lease if they offer their home on short term lets.”

However Cllr Hamish McCallum, housing spokesman for the opposition Lib Dems, criticised the council for not introducing a borough-wide licensing scheme to tackle anti-social behaviour in short lets.

He said: “At the last Council Assembly, Southwark Liberal Democrats called for the council to introduce a borough-wide licensing scheme where landlords would have to set out in writing how they intend to reduce anti-social behaviour from tenants, guests and visitors, but we were disappointed that Labour councillors voted against our suggestion.”

The issue was raised in a motion at full Council Assembly in July, which called on the Cabinet to make sure its ban on Airbnb-style lets in council properties was advertised.