Albins Memorial Garden in Bermondsey has had to close

"If people are marking an anniversary we have and will take flowers and place them on their memorial if they get in touch with us." 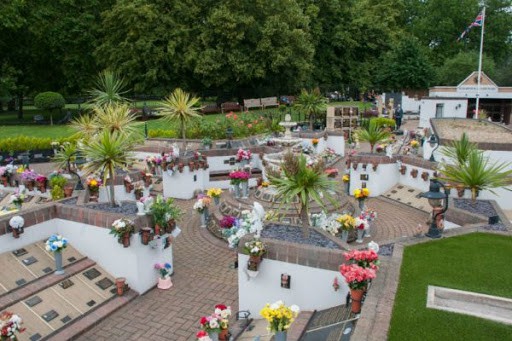 Bermondsey Funeral Directors Albin have had to close their memorial garden on the outskirts of Southwark Park.

The popular garden which contains the ashes of many local people was set up by the late Barry Albin-Dyer in 1999 to allow people to have somewhere in the area to remember their loved ones.

It is the first time in 21 years that the garden has been closed. On its website Albins wrote: “It is with sincere regret that we have no choice but to close the Memorial Garden on Thursday 9th April 2020 until further notice.

“Whilst we wish to give all our families the opportunity to pay their respects to their loved ones we feel that we have no alternative but to follow Government Advice.

“It is our intention to reopen the Memorial Garden as soon as we are able to do so.”

Speaking to the News Simon Dyer, who runs the company with his brother Jon, said: “If people are marking an anniversary we have and will take flowers and place them on their memorial if they get in touch with us.”

Each year thousands attend a Christmas memorial service at the garden, which includes carol singing, video displays of Albins’ work in Afghanistan and elsewhere overseas, the release of doves, a fireworks display, prayer and hand-written messages on paper stars that are placed on a massive Christmas tree.

Since the COVID-19 outbreak Albins and its staff have been on the frontline and were quick to offer live-streaming of services as restrictions were put in place allowing only immediate family members to attend funerals.

Southwark NewsNewsAlbins Memorial Garden in Bermondsey has had to close