'There is still a risk that future deaths will occur unless action is taken with respect to these individuals' said senior coroner, Andrew Harris 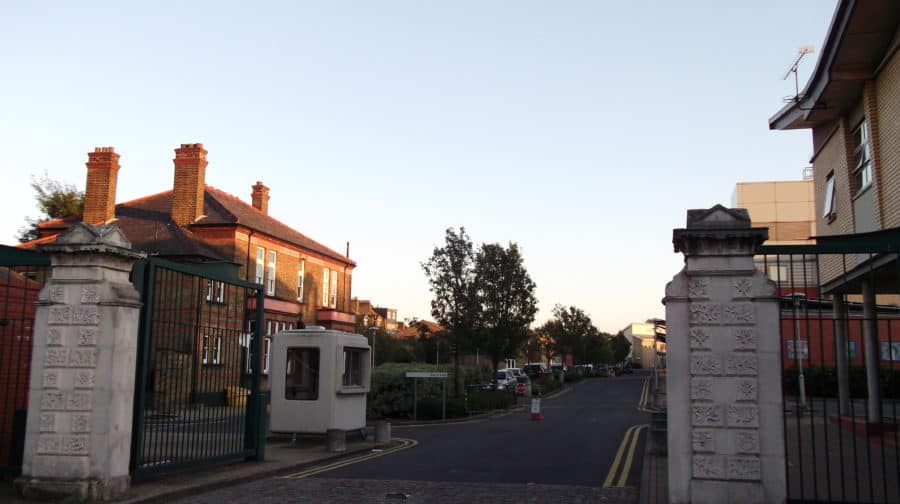 Three temporary staff working at the South London and Maudsley Trust (SLaM) may have provided ‘false evidence’ over a man who died of a heroin overdose in their care, a coroner has said.

A rare ‘prevention of future deaths’ report has been issued by a senior coroner to the body which employed the trio, following the death of Alex Blake while a sectioned in-patient at Lambeth Hospital.

Inadequate observations were made on the day of the 36-year-old’s death from a heroin overdose on June 24 last year, a jury found earlier this year.

Serious concerns with evidence given in court by the three employees responsible for the observations means “there is still a risk that future deaths will occur unless action is taken with respect to these individuals,” said senior coroner Andrew Harris in the damning report.

It is not known from where or when Mr Blake, who suffered from a history of mental illness and drug abuse, obtained the heroin.

Among concerns raised were a journal entry at 5.59am by ‘RMN E’ who claimed Mr Blake was still breathing regularly – but he was already dead at the time of the entry, said the Coroner.

Questions were also raised over the testimony given by a third witness, HCA K, who noted Mr Blake as asleep at 3am but told the court he also assumed Mr Blake had been watching a film on his lit-up phone.

EDITORIAL: Lessons must be learned from tragic cases at South London and Maudsley NHS Trust

“The evidence of these three witnesses cannot be said to be reliable,” added Mr Harris.

“The evidence of the two nurses would seem to go beyond that of poorly conducted observations.

“It would be reasonable to suspect that either the two nurses did not perform the observations at all, or that they have provided false evidence to the Trust and to the court.”

NHS Professionals, the largest NHS staff bank in the country, must now outline changes it has made to training and recruitment by Wednesday, September 25.

A spokeswoman for the organisation said it “would like to extend our deepest condolences to the family of Alex Blake.”

“NHS Professionals is working closely with South London and Maudsley NHS Foundation Trust whilst the investigations are ongoing and will provide a formal response to the Coroner,” she added.

Despite being asked multiple times whether the three employees were still employed, NHS Professionals did not reply. The three ward staff ‘have been removed from clinical duties’, the Trust said.

The Trust has been criticised by the campaigning charity, INQUEST, which told the News inadequate observations prior to Mr Blake’s death was not an isolated incident.

“It is essential that key witnesses exercise candour to ensure a full and fair inquest hearing, and to uncover any failings within the case,” the charity’s director, Deborah Coles, added.

“Despite this, the coroner has been led to conclude that three witnesses had potentially falsified evidence at court.

“This hinders the vital functions of inquests to get to the truth of what happened and to prevent future deaths.”

“On behalf of the Trust I would like to offer my sincere condolences to the family and friends of Mr Alex Blake,” said Vanessa Smith, Interim Director of Nursing at the Trust.

“We are working closely with NHS Professionals who are investigating the incident.

“Pending the outcome of the investigation we will take steps to review our policies and procedures if necessary.

“We want to do everything we can to make sure every member of staff is supported and equipped to provide our patients with the highest standards of care.”

NHS Professionals staff at the Trust’s hospitals who are undertaking observations are required to carry out a competency assessment, she added.

NHS Professionals also did not answer whether the unnamed employees had been referred to the nursing watchdog or any other authorities following Mr Blake’s death, despite multiple requests.

Campaigners have criticised the hospital Trust for failures in observation, including in the case of Kenan Canalp (pictured / image: INQUEST)

This is not the first instance where concern has been raised over staff observations prior to patient deaths at South London and Maudsley NHS Trust.

A jury inquest in July this year found that ‘inadequate levels of observation’ amounting to ‘neglect’ had caused the death of 27-year-old Kenan Canalp by suicide at the Maudsley Hospital on March 8, 2018.

On March 5, Mr Canalp – from Peckham, and described by family as a ‘truly inspiring person’ – was admitted to the Maudsley in Denmark Hill from King’s A&E following an attempt on his life.

He was transferred to the ES2 ward on March 7 and should have been placed on 1:1 observations, but instead was placed on general observation.

Staff also failed to conduct an assessment for suicidal intention in the hours prior to his death, despite noticing a red mark around his neck.

This amounted “to neglect as a failing of basic care, dependency and obvious needs, gross failure due to serious risk of suicide,” found the jury.

“Kenan was a gift and an education to me as his mother. He was a truly inspiring person. We all miss Kenan dreadfully. I wish he was still here,” said his mum, Anne Mosley.

INQUEST, which has supported Mr Canalp’s family, condemned ‘neglect and basic failures’ from SLaM staff in the wake of the 27-year-old’s death.

“Whilst we welcome their admission of multiple failures at the inquest, the real test lies in the implementation of changes across SLaM mental health services,” said senior caseworker, Anita Sharma following July’s inquest.

The charity has also compiled a list of other inquest outcomes which it says shows a series of ‘failures and in some cases neglect’ in mental health care at the Trust.

“I am deeply sorry that we failed to keep Mr Canalp safe while he was in our care,” said Vanessa Smith of SLaM.

“We recognise there were significant failings in his care and we are taking steps to make sure this does not happen again.”