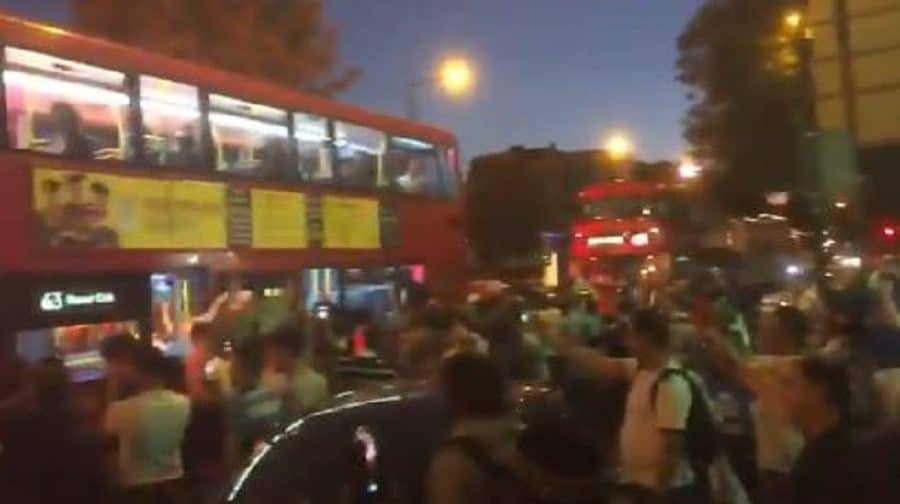 Scenes from this week's semi-final against Nigeria Image: Twitter

Algeria football fans put on a joyous display at Old Kent Road last night after the team triumphed in the Africa Cup of Nations final.

A strike by Bounedjah led the Fennec Foxes to a one-nil victory over Senegal, and their first Afcon title since 1990.

Old Kent Road, which has one of London’s largest Algerian communities, was brought to a standstill as excited fans launched fireworks, played music and danced in the street.

Sitting in my mum’s, 30 seconds from the old Kent road and can hear a massive fireworks display which can mean only one thing… Algeria have won the African nations ????