All change at London Bridge, with more changes planned

More shops, bars and eateries in pipeline for a new ‘focal point for Southwark’ 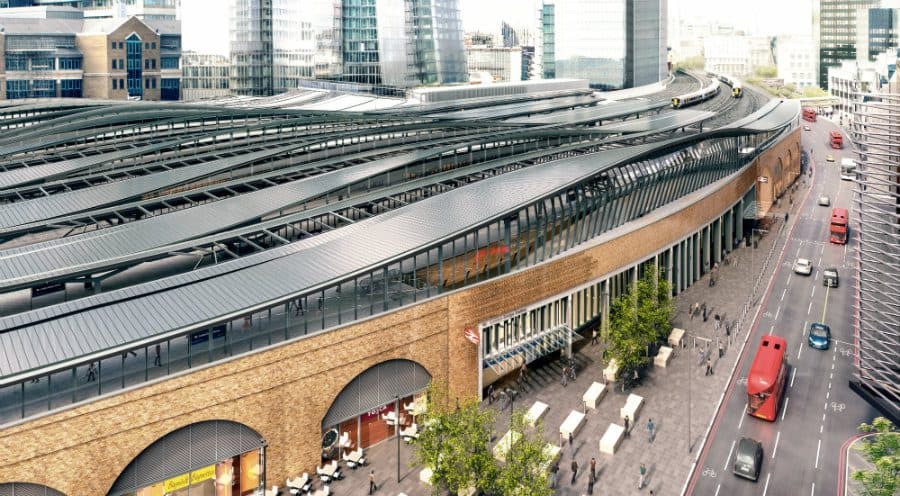 The vision for Tooley Street

London Bridge is set for even more “massive changes” over the next months and years, with plans for new shops, eateries and bars, the News has been told.

With Network Rail’s redevelopment of the station well underway, and Team London Bridge recently winning the right to continue its Business Improvement District (BID) work for another five years, the area is set to continue its metamorphosis.

The improvements will be all encompassing, including the station and the surrounding areas. Thomas Street is set to be brightened up, and a new road connecting it with Tooley Street will also be opened.

The eye-catching tower at the heart of One Tower Bridge will also change the area’s skyline when completed, while the new arches by London Bridge station will be filled by new businesses, with priority being given to local organisations and people.

A spokesperson for Network Rail told the News: “It will be the best station in the country, and the development is going to be fantastic when it’s completed.

“There will be loads of new restaurants, cafes and bars. It’s not just going to be a railway station but also a focal point for Southwark.”

Nadia Broccardo, executive director of Team London Bridge, told the News that the incredible changes that have occurred in the area over the past years will continue.

She said: “More London wasn’t here, Potters Fields Park hadn’t been developed and the Shard was nowhere to be seen. The station had just been left to run into the ground. It was all about to happen and it has been changing every single day since.

“The Shard is now a beacon for the area, which has a real porous beauty. Bermondsey Street is booming, showing there is another side to London Bridge than just glass and steel.”

The challenge now, for Nadia and the rest of Team London Bridge, is to continue development while staying true to the area’s heritage – for both residents and the 50,000 people who work in London Bridge.

An artist’s impression of a spuced-up St Thomas Steet

She said: “We need to keep the pace and flavour of London Bridge. It’s known as ‘London’s larder’ and we want to keep this going. We have quite a diverse group of people and businesses which keeps the area alive. Our members know that, yes, there will be development. We need housing and also we need jobs for people.”

The next BID term, which begins in April 2016, will focus on an expanded area, now including Guy’s Hospital and King’s College London’s campus.

The next five-year plan will focus on maximising the area’s retail sector, while also pushing for more green space and protection of heritage.

Richard Kalmar, chairman of the Southwark Chamber of Commerce, said that while it was an important time for the area, he was worried that not all of the streets surrounding the station would benefit from the development. He said: “I am concerned that Thomas Street is being overlooked in the development of the area. It’s all Bermondsey Street at the moment but Thomas Street also has great potential.”

He also said that the tunnels underneath the train tracks also needed to be included in the development, or they risked becoming dark, gloomy spaces.

In response, the Network Rail spokesperson stressed that every effort was being made to brighten up the tunnels, such as the Bermondsey Street tunnel which has been fitted with colourful lights.

Thomas Street, he added, was also being prioritised, as shown by the new train station entrance planned, as well as the new road linking it with Tooley Street.

To find out more about Team London Bridge’s plans for the area, visit www.teamlondonbridge.co.uk.

The view from More London of the improved station