The home for the elderly will be “part of the neighbourhood, not a retreat from it.” 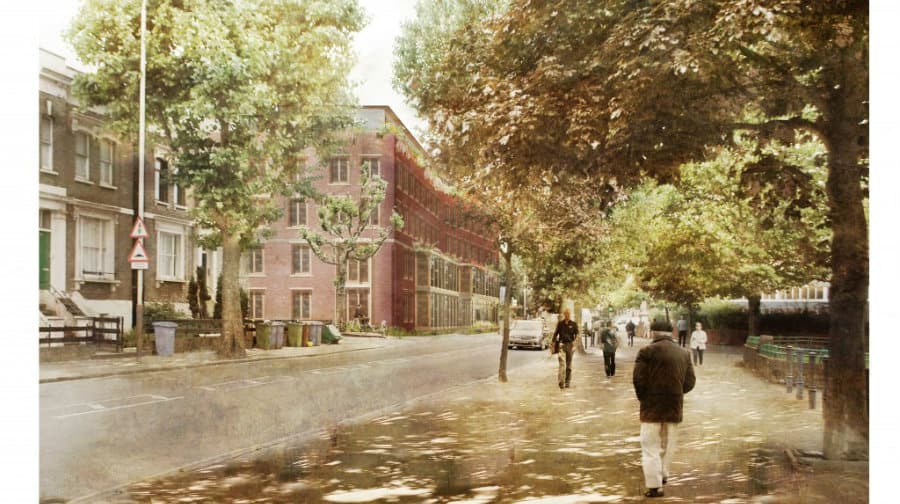 An artist's impression of the almshouse

Planning permission has been granted for new almshouses in Southwark Park Road, which would allow Bermondsey’s elderly people to “grow older and stay part of their community.”

The 57-flat scheme will be located at the junction with Reverdy Road and is being funded by £23.5m from developers Delancey, as part of a deal which will see them build luxury flats by the Tate Modern.

A further £6.5m will be paid towards the council’s affordable housing fund, while the News reported in November that the developers would pay a ‘peppercorn’ rent for the almshouses’ leasehold.

The project in The Blue, devised by charity United St Saviour’s, would see the first almshouses built in the borough for decades. They will be built at 94-116 Southwark Park Road on the site of Welch House, a vacant, post-war nursing home.

The development, which was approved by Southwark Council’s planning committee last week, will include one- and two-bedroom flats, a central courtyard, cookery space, a spa and a beauty room. Some of the facilities will also be available for the general Bermondsey community to use. The charity wants it to be “part of the neighbourhood, not a retreat from it.”

The charity’s CEO, Martyn Craddock, said: “We are really excited to be part of making Southwark a great borough to grow old in and we are already searching for our next almshouse opportunity.”