On 18 May, Amanda Swift joined Lewisham Southwark College to present awards to the winners of a writing competition, created to celebrate International Women's Day. 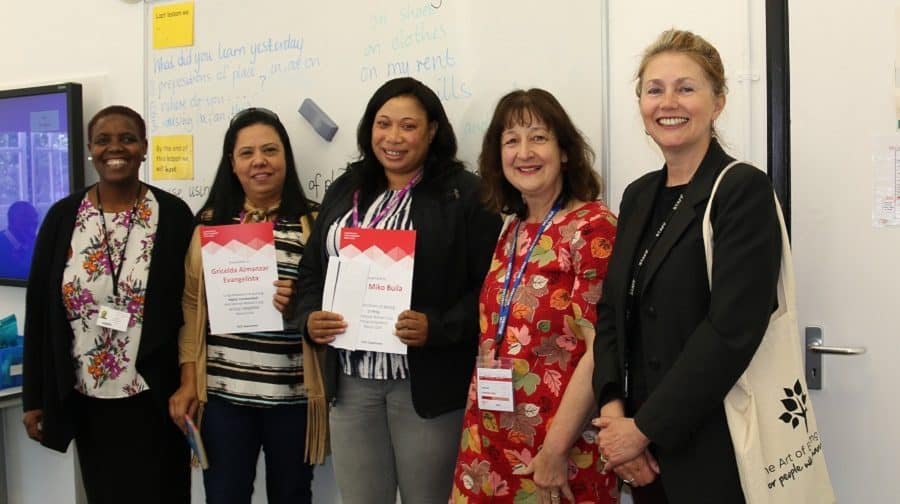 The competition challenged students to write at least 50 words about a woman they admired and why. Hundreds of entries were submitted.

On 18 May, after four weeks for submissions followed by judging, Amanda Swift joined Lewisham Southwark College to announce the winners.

Swift has created episodes for The Story of Tracy Beaker for radio as well as for Horrid Harry for television, as well as written children’s books, such as Guinea Pigs Online series and The Boys Club.

At the competition final, students had a chance to meet Swift and discuss what inspired them. The winners had their work displayed.

“As a local author and an ex-teacher at Lewisham Southwark College, I was delighted to present the prizes,” Swift said. “I judged the GCSE-level entries and they were very inspiring.”

The Head of Department at Lewisham Southwark College, Julie Hutton, also commented on the success of the competition.

“It was fantastic to see so many students inspired to write about international women who have achieved great things,” Hutton said. “Many of the entrants do not have English as their first language, which makes this an even greater achievement.”