Ambulance workers get charity snack donation as thanks for Covid work

The Rapid Relief Team have been on hand at several recent major London incidents, including the 2019 London Bridge attack 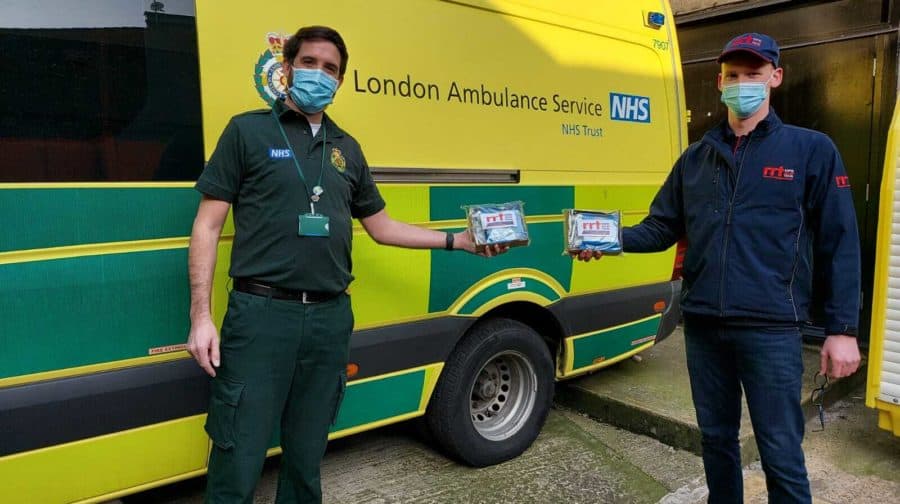 London ambulance workers have been given snack boxes as a show of thanks for their work during the Covid-19 pandemic, writes Kit Heren…

The boxes, which also included personalised notes to thank ambulance workers, were donated by the Rapid Relief Team (RRT), a charity set up by the Plymouth Brethren Christian Church.

“Ambulance services have been on the frontline of the UK’s response to the Covid-19 pandemic, and we wanted to show our appreciation for their lifesaving work with this small gesture of thanks,” said RRT London chief Vern Pollard. “We hope these snacks can offer some comfort to this invaluable team.”

The London Ambulance Service has been stretched during the pandemic. Operators took about 8,000 calls a day around the start of the year, the service said – an increase of about 45% compared to a typical day of 5,500 calls.

The London Ambulance Service’s Nicky Shipp thanked RRT for the donation, adding: “the continued support from the public and from groups like RRT means a lot to us and our crews.”

RRT supports emergency services and other charities by giving food donations, among other support methods. Members of the group were on the scene at the London Bridge terror attack in December 2019 and the Grenfell Tower fire in June 2017.