An Act of God, written by David Javerbaum, was twice a smash hit on Broadway 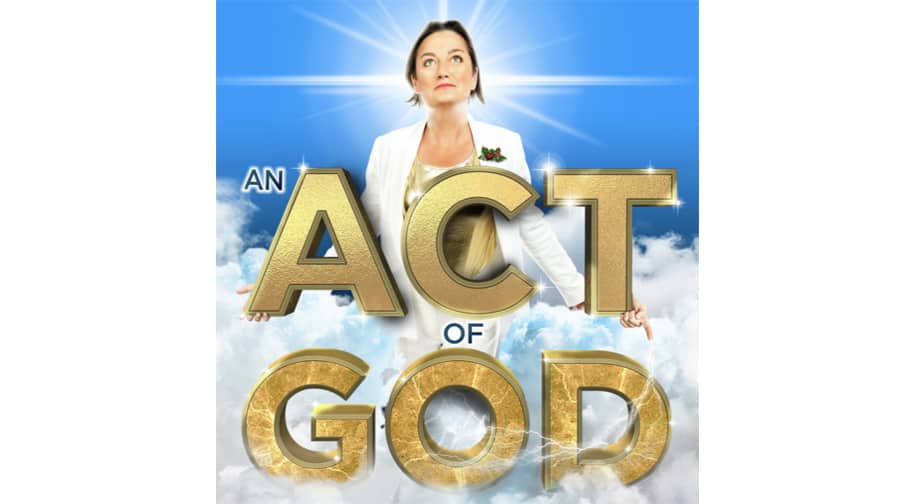 After many millennia, and in just 90 minutes, God (award-winning comedian Zoe Lyons), assisted by her devoted angels Gabriel and Michael, will answer some of the deepest questions that have plagued mankind since creation.

In this very alternative Christmas message, An Act of God sees a dissatisfied deity, weary of the original Ten Commandments, delivering a new version: a fresh set of rules for the modern world.

This sinfully funny comedy delivers a new meaning to divine intervention as The “One” gives the first and last word on everything mankind has wrought on the planet.

An Act of God, written by David Javerbaum, was twice a smash hit on Broadway.

For this European premiere, Javerbaum has rewritten the play to feature bespoke material for Zoe Lyons and a British audience. He also continues to run the controversial Twitter account @TheTweetOfGod, through which God shares his thoughts on world events with over six million followers.