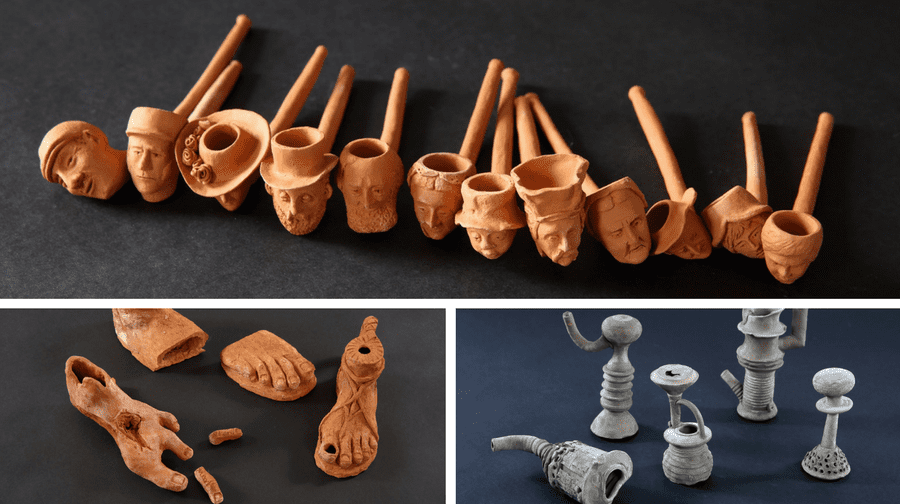 Ancient clay laid below London Bridge Station millions of years ago has been dug up and used as part of an exhibition.

Inspired by the sight of a piling machine digging up earth at the London Bridge Thameslink redevelopment in 2015, Alison Cooke started a project using the clay spoil from what are now the foundations of the new station.

She approached Network Rail who gave her 360 kilograms of earth from 30 metres below the station – which until then had lain untouched and unchanged for about 54 million years.

Batches of it were given to seven fellow members of the Associated Clay Workers’ Union (ACWU), who have used the clay to make objects that reference the history of London Bridge, structural elements of the rail network or objects discovered in the area during excavations.

The ceramic works will be on show to the public as part of The London Bridge Clay Project at Southwark Cathedral (The Link) from January 9 to February 5. The exhibition will be open from 9am to 6pm Monday to Friday and from 10am to 6pm Saturday and Sunday.