And our Millwall tattoo competition winner is…

Congratulations to Lions diehard Billy May! 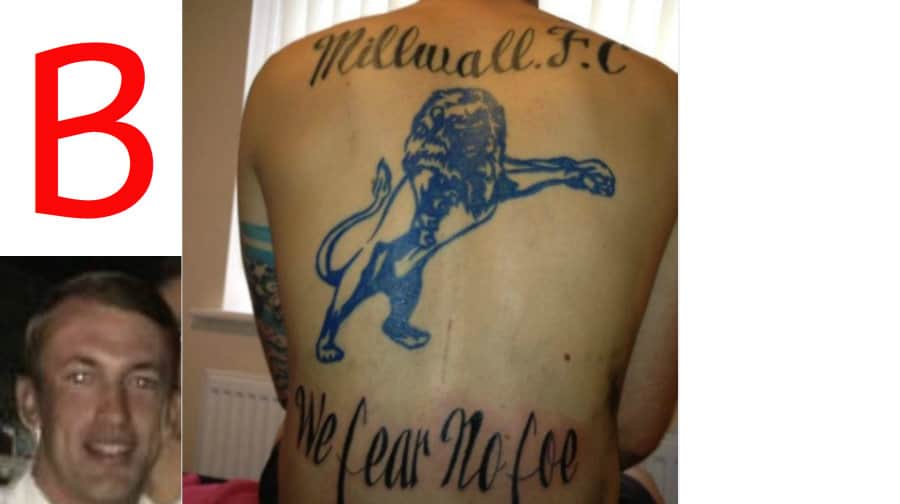 After weeks of voting, dozens of tattoos submitted and over 350 votes, we have FINALLY found a winner for our Millwall tattoo competition: congratulations Billy May!

The 27-year-old’s huge back tattoo, featuring the Millwall lion and the motto ‘we fear no foe’, clearly impressed our readers as he saw off tough competition (including his dad!) to win the title.

It certainly was a close finish, with Neil Sweetman’s tat only losing out by less than two per cent of the vote – heartbreak for the runner-up but delight by Billy, who will now enjoy a matchday experience at the Den, courtesy of the News.

He said: “That’s pucker mate! I was struggling with energy this week but that should see me through! There’s been a bit of banter in the house with my dad, so it’s great to win.

“The tattoo took a good few hours, a few painful hours to do! I went to the tattoo shop with my dad when he got his and thought I would get one too. It was great to see us both side by side in the paper last week. He was the one who first took me and I’ve been travelling up from Kent for every home game since we left Peckham in 2000. I now take my younger brother there too. We’re Millwall through and through.”