And the Southwark Blue Plaque goes to…. 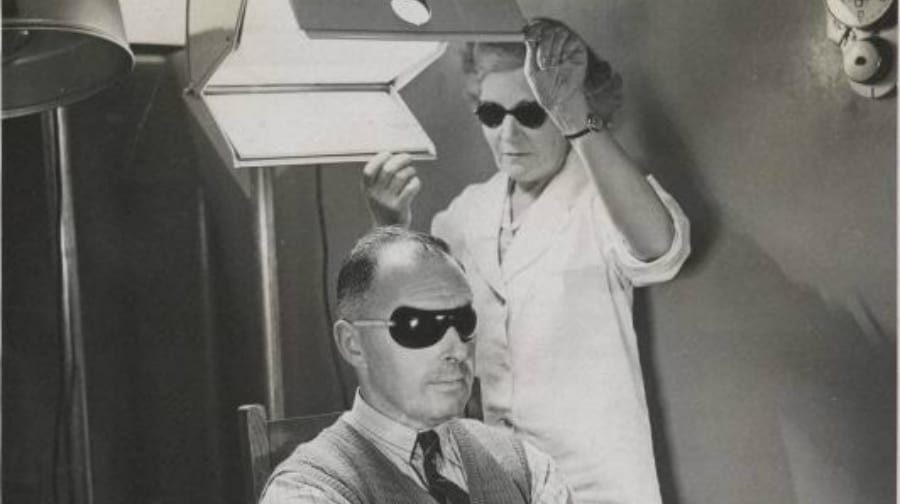 Last year the Southwark Blue Plaque was awarded to F A Albin and Sons Funeral Directors for caring for Southwark’s bereaved for the last two hundred years.

Barry Albin-Dyer said he was “over the moon” to have the historic family firm recognised in his lifetime and it will now form part of his lasting legacy after he sadly passed away in June.

This year there are four nominations fighting it out to win the award to mark Southwark’s rich heritage – a wartime fireman, a golfing prodigy, a solarium and a pioneering women’s welfare project.

George A Roberts was a towering man who hailed from Trinidad and ended up fighting fires in Southwark. He enlisted to fight for the British forces in the First World War and used his towering strength to throw German bombs right back at them (he could manage an impressive distance of 74 yards.)

After the war he settled in Southwark and spent years working to support the West Indies regiments, the British Legion and helped found the League of Coloured Peoples. During the Second World War he earned a British Empire Medal for his brave services as a section leader at New Cross Fire Station.

Henry Cotton was reportedly banned from the Alleyn’s School cricket team after he wrote a disrespectful letter to the headmaster. As a result, Cotton and his brother Leslie took up golf instead and joined the Aquarius Golf Club in Honor Oak in 1920. At the young age of seventeen, Henry turned pro and went on to win three Open Championships and was placed in the top Open ten seventeen times.

More than twenty years before the National Health Service was established, Bermondsey was already curing its citizens of TB with the first purpose built solarium in Britain.

In 1926, three houses and gardens in Grange Road were taken over as a Light Treatment Centre, equipped with eight large mercury vapour lamps, two carbon arc lamps, one water-cooled Kromayer lamp and two radiant heat lamps. New cases of TB fell from 413 in 1922 to 294 in 1927. By 1935 there were 30,000 annual attendances and 30 lamps in use daily, supported by three dedicated nurses.

The Blackfriars Settlement has been helping the community for 126 years but was originally set up as a Women’s University Settlement in 1887 by the ladies of Cambridge and Oxford Universities.

Women from London colleges were invited to live at the Settlement rent free in exchange for their work “devising and advancing schemes” to ‘elevate’ the poor women and children of Bermondsey. In 1961 it became Blackfriars Settlement to reflect the work the project did involving men and the wider community.

To vote for the blue plaque you can email news@www.newsatden.co.uk,  write to Southwark Blue Plaques, C/O Southwark Heritage Association, 216 Upland Road, East Dulwich, SE22 0DH, fill in a voting card at any Southwark library or vote online at www.surveymonkey.com/r/ZFYHYZ6