His grief-striken daughter said: "Please, please only come out if you really need to or we are never going to get rid of this" 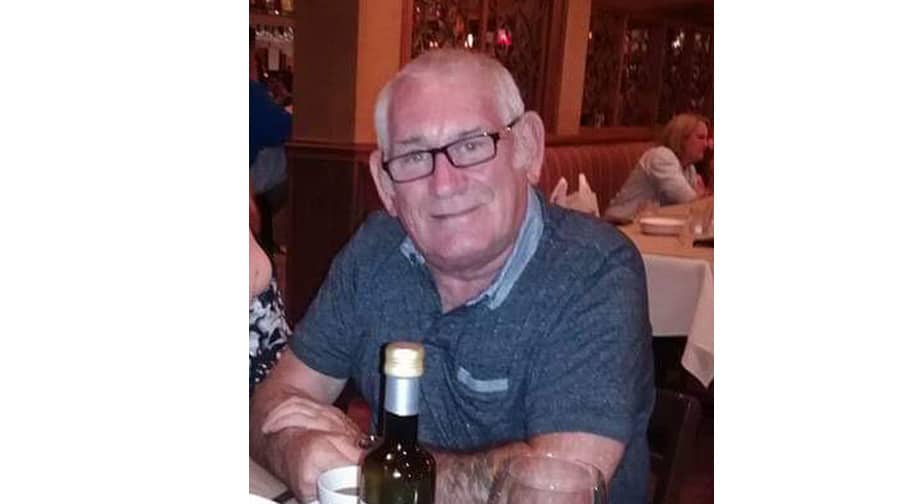 Despite self-isolating and taking every possible precaution, on day twelve of his lockdown 70-year-old Andy Shelley succumbed to coronavirus and died last Tuesday week.

Like most victims of the virus, he died alone after battling the disease several days.

The Irish born great-grandfather who brought up his family in Bermondsey, living here for past fifty years, had underlying medical issues, but his daughter Michelle says he could not have done anymore to protect himself.

Living in Amina Way off St James’s Road with his wife Nora, the pair had received their letters from the NHS telling them that because they suffered from certain conditions they were to self-isolate for twelve weeks.

“Dad was a typical man of his generation and time and enjoyed going out twice a week for a pint, usually to the Old Bank in the Blue, but he was serious about keeping to the rules. We knew this when he was not even tempted to go out for St Patrick’s Day,” Michelle told the News.

Suffering from Parkinson’s disease, COPD and heart problems, Andy knew that he could be in danger, but with three children, seven grandchildren and seven great grandchildren Michelle said he loved being surrounded by his family and was not going to take any chances.

Due to have celebrated his 71st birthday next Thursday on April 16th, Andy was a hard working man who retired from labouring just five years ago, having worked from the day he arrived in England aged sixteen from Tipperary in 1965. He was quick to meet his Nora at a dance in Kilburn and right up until the end the pair enjoyed taking to the floor together.

“Dad was a good dancer and a really great family man, a brilliant grandfather and wonderful great-grandfather – nothing was too much for him. Don’t get me wrong he could be a pain the ass,” she joked “but he was our pain in the ass.”

Looking forward to a trip back home to Ireland later this year with his two sons Andy and Kevin, he was quick to get help once he showed signs and first visited his chest clinic two weeks ago last Wednesday. “They identified a virus but could not say which virus it was. He perked up a bit, but by the Friday he had to be rushed to hospital and they told us he was unlikely to survive 24 hours. He was not on a ventilator, but the highest dosage of oxygen and at times he seemed okay. He lasted until the Tuesday. The nurses were excellent – they even helped him FaceTime me, but fifteen minutes later they told us his time was almost up.”

Unusually his wife and Michelle were able to see him, “but we were all suited and booted with masks. He perked up again, but and hour and half after we left he died,” Michelle said.

Andy was one of a whopping 21 children and thirteen of his siblings are still alive, some dying really early. Of course all of his extended family are unable to attend the funeral, but Albins are going to arrange to live-stream the service from the crematorium on April 29, so his family here and in Ireland can see it. “Only eleven of the immediate family are allowed to be there. Dad did go to church at St Gertrude’s in Rotherhithe. We will have How Great Thou Art as well has favourite song The Rugged Cross. But dad would have had a massive send-off. After this over we will have a mass and a get-together at the Old Bank.”

Michelle has worked for the last seven years at Pyramid Pharmacy on Southwark Park Road and said she really wants people to know just how serious the situation is. “I’m with mum at the moment and was not there last week, but I will have to go back. And I’m frightened to go back,” she said. “I just hope that people have changed their habits. Half of the people coming in were coming in for unnecessary items like hair brushes and to weigh themselves. It makes me cross. Please, please only come out if you really need to or we are never going to get rid of this.”

RIP my beautiful grandad! We all love you so so much shine on…….love all my family so so much this is by far the hardest thing xxxxx

Rest in peace Andy Shelley. Now that the Earth has released you, may Heaven hold you aloft and your light shine down for all who loved you to see.

Missing you so much Grandad ???